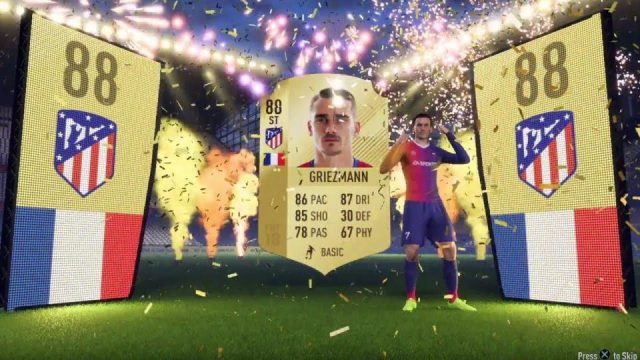 The entire world is cracking on in-game loot boxes and EA is one of the biggest game developers that is being affected because of that. Blizzard was the one who got the most attention because of the way Overwatch’s loot boxes work and the game has even been banned in some countries. Furthermore, EA’s CEO was asked about his opinion on the controversial use of loot boxes.

CEO Andrew Wilson did a Q&A and that’s where he was asked if EA is going to continue using loot boxes in games such as FIFA 18. In case you didn’t know, FIFA 18 is infamous for its Ultimate Mode in which players need to build their own team by gathering players from “FUT” player packs. These packs can be purchased with real-world cash and their rewards are random, thus making players buy lots of them in order to get their favorite players.

The CEO didn’t hesitate to answer that FIFA is not planning on rethinking the way it uses “FUT” player packages or other loot boxes. Furthermore, Andrew Wilson explained that his company has been working with regulators who are spread all over the world in order to make sure that EA’s loot boxes are legal. In addition, Andrew Wilson believes that the loot boxes EA is offering should not be considered gambling because they don’t reward real-world cash or items.

Andrew Wilson went on to explain that he believes EA’s standpoint on loot boxes is transparent and that the company is not just looking to make a profit out of them. The CEO also belives that these loot boxes add an important aspect to gameplay and that’s why EA will not remove them from FIFA 18.

However, if we were to ask players we think they would have a different opinion than this because the FIFA 18 community has kept complaining about how hard it is to get a good player through these “FUT” packs. In fact, some theorize that EA is deliberately making them drop random players and duplicates in order to make dedicated and competitive FIFA 18 fans purchase more packs.

“Firstly, players always receive a specified number of items in each FUT pack. And secondly, we don’t provide or authorize any way to cash out or sell items in virtual currency for real-world” said Andrew Wilson.

“While we forbid the transfer of items in-the-game currency outside, we’re also actively seeking to eliminate that where it’s going on in an illegal environment, and we’re working with regulators in various jurisdictions to achieve that” added the CEO.

From the looks of it, EA is determined to keep pushing “FUT” loot boxes and if the CEO doesn’t think they are hurting the game, we think it’s safe to assume that the entire company shares the same belief.

The biggest issue that the player community might have with what the CEO said was the fact that loot boxes are transparent and that they add another aspect to gameplay. It seems like the CEO thinks FIFA 18 is a game like Hearthstone where randomness does play a role in the game.

We should also note that FIFA 18 is not the only EA-made game that features loot boxes. Star Wars: Battlefront 2 fans can also purchase loot boxes for in-game bonuses, weapons and cosmetics. In fact, Star Wars: Battlefront 2 caused so much controversy when it first launches because of its “pay-to-win” model that the entire “r/gaming” subreddit promised to not purchase the game.