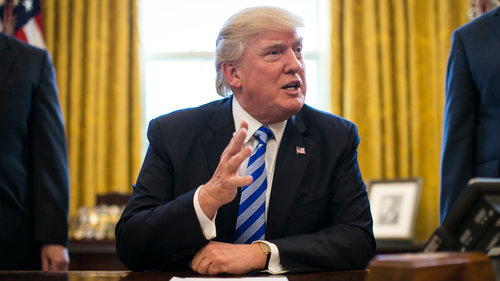 Global warming is one of the biggest concerns these days. The former US President, Barack Obama has made it clear that he wants to help fight against this issue when he signed the Paris accord. Now that Donald Trump is representing the US, everyone is wondering what he thinks of climate change and what measures he wants to take against it.

According to recent reports, ExxonMobil officials have went over to President Donald Trump on Tuesday and advised him to not leave the Paris climate agreement. The officials have claimed that if Donald Trump stays in the agreement, global warming will be reduced and natural gas production will be boosted at the same time.

Regarding the Paris climate agreement, it’s considered as being an effective framework that specializes on taking measures against global warming. All countries and companies that have signed this agreement are forced to keep global warming below 2 degrees Celsius. Even though many believed that oil companies such as ExxonMobil are against this treaty, the company’s representatives have proved otherwise.

The oil company has written a letter for President Donald Trump which stated that the US has to remain in the Paris treaty in order to keep the energy industry at the same level.  This way, prices will not be inflated and the market will remain competitive. Peter Trelenberg who is ExxonMobile’s manager for environmental policy has signed its name on the said letter.

What’s interesting is that Donald Trump’s campaign has been focused around the fact that he intends to break away from the Paris agreement. Donald Trump believes that this is the way in which he can “make America great again”. Taking in consideration the fact that Trump’s secretary of state believes the otherwise, we can be sure that the US is going to stay in the agreement.