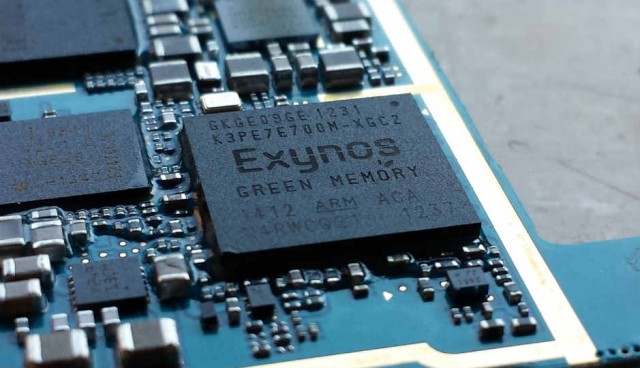 The new Exynos 8890 processor from Samsung achieved an exceptional ranking on AnTuTu.

Samsung is likely to remain among the leading processors manufacturers on the market next year with the launch of its latest model from the Exynos series. Out of the eight cores, four are customized and based on 64-bit ARMv8 architecture. The other four cores are Cortex A-53, which together with the first four mentioned earlier, achieve an increase in performance by 30% more than those obtained by the Exynos 7420. In addition to the increase in performance, the energy efficiency of the chipset was increased by 10%.

Also Exynos 8890 includes a category 12 modem that can guarantee speeds of up to 600Mbps download and upload speeds of approximately 150Mbps. The design is completed by an ARM Mali-T880 graphics processor. Now, as people write, the processor has undergone an AnTuTu benchmark test, where it obtained a remarkable score, over 103,000.

Exynos 8890 surpassed the Kirin model 950 produced by the Chinese company, Huawei, and could debut on the upcoming Samsung Galaxy S7 (although at one time it was rumored that Samsung will be using the Snapdragon 820 from Qualcomm). Like Exynos 7420, the new 8890 is manufactured using the 14 nanometer technology, the most advanced technology currently available in this area.

Seems that the new Samsung Galaxy S7 smartphone will come with gorgeous improvements if we start counting this Exynos 8890 processor.