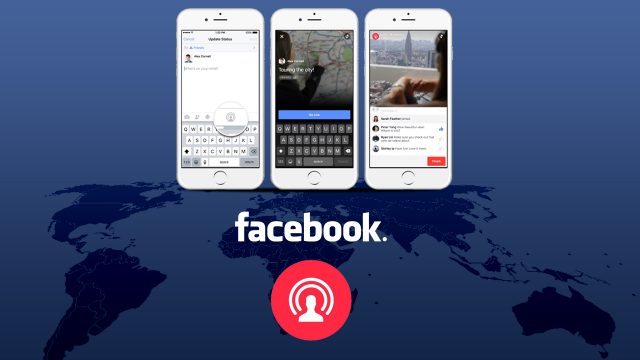 The most popular social platform right now is undoubtedly Facebook and the reason why everyone is joining Facebook including firms and businesses is the fact that the developers behind the platform are always trying to figure out innovative methods of improving it. The latest feature to be added to Facebook is the ability to go live from a desktop PC. This feature has been designed with one purpose in mind, to put the social media platform up to par with the likes of YouTube.

Right now, the feature is only limited towards businesses that have an official Facebook Page, but it will soon be rolled out to the wide public once all the testing processes are complete. In fact, some users have been reporting that they can use the new feature even though they don’t own a business page. The only requirements users need to have before being able to perform a PC live session is a stable internet connection and a PC or laptop that has a webcam connected to it.

Also, worth mentioning is that official brand pages will now have a “Live Contributors” option. For the moment we can’t know for sure how will Facebook decide to utilize this feature but everything will be cleared in the upcoming weeks. Nonetheless, this seems to be a great marketing decision since other social media platforms such as Snapchat, Twitter have been introducing exciting features along the way and it was time for Facebook to step up.

As previously mentioned, this feature has one intended purpose to attract YouTube content creators over to Facebook. The content creators which are going to use this feature the most are likely to be daily vloggers. We can expect that Facebook will find different ways to improve Live’s functionalities along the way and being able to stream from a PC is just the start. In fact, a couple of months ago there were some rumors which pointed out that Facebook is trying to bring in content creators from different platforms by offering them higher profit percentages. While this has yet to be confirmed, it’s great hearing that the developers behind the social platform are doing their best to keep users entertained.