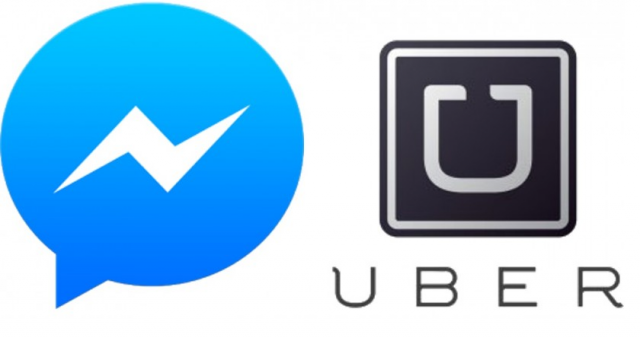 Facebook, the internet revolution that began in a dorm room with the inspiration of a website that judges girls according to their looks now houses over one billion users! Facebook leads the way by a long margin in the race of social networking websites. This social networking website has united the world and revolutionized the way of communication and keeping in touch.

Facebook disabled their messaging service on their primary app a while ago, and this has now forced the users to download the Facebook Messenger application. This brought an outrage at the beginning but as of today more than 700 million registered users have accepted the Facebook messenger worldwide.

Uber, an American international transportation networking company founded in 2009, is now a service which is up and running successfully in 58 countries and 300 cities worldwide. This system of transportation has been such a monumental success, its net worth calculated in the late 2015 was in the north of 62.5 billion US dollars!

Earlier there were rumors about Facebook thinking of including some kind of a transportation feature to one of its application. This has been confirmed and the company joining hands with Facebook in this new merger is no other than Uber! Facebook is now including the feature of hiring an Uber cab directly while on the messenger application without having to leave any conversation and plan rides while talking to friends or family.

Seth Rosenberg, Product Manager, Facebook said, “With this new feature, you can request a ride from a car service without ever needing to download an extra app or leave a conversation. It’s super easy and doesn’t take you away from the plans that you’re making with your friends or family”

The new features which already states that we can order rides through the application ‘Messenger’ also includes the ability to track your rides and even pay for them!

The feature requires user to just tap the more menu in messenger application and select transportation to book, pay or track the rides. Or the users can also just search for Uber and click on the car icon for booking, paying or tracking rides.

For promotional purposes Facebook is offering a free first ride worth upto $20, this offer can be availed by the users by simply linking their existing Uber account to their messenger account or can create an all new Uber account from within the Messenger.

Rosenberg further stated that this service was in testing and would be available to select users living in locations where Uber runs in the United States. That soon this service will be available in more countries with other transportation services.