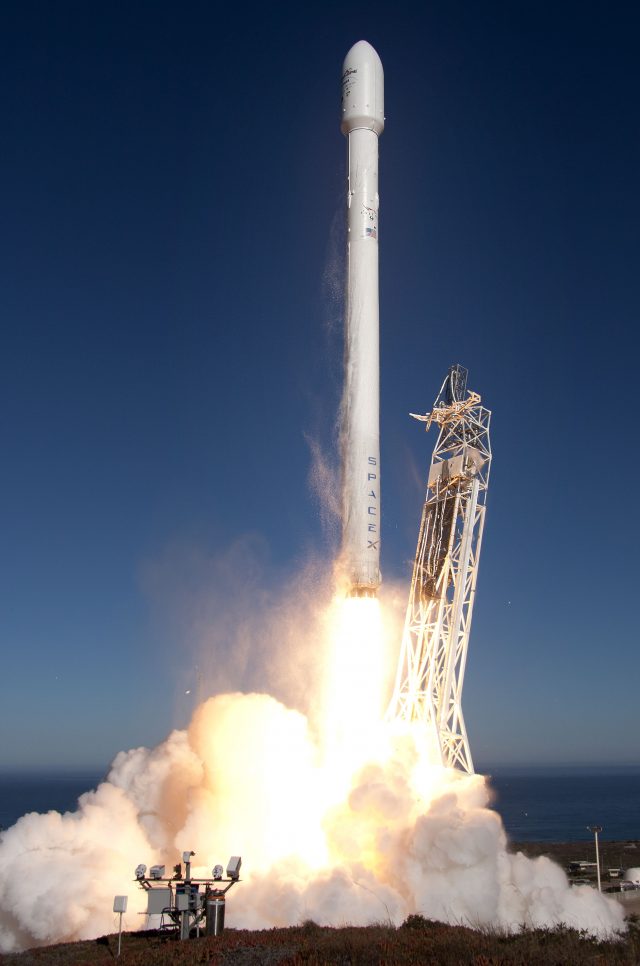 The future is here, we are sending space rockets to the space. In fact, the company which is making the biggest advancements in terms of space discovery is SpaceX. This company is being funded by the US government and it has been trying to launch a space rocket for a while now, sadly last year’s rocket plummeted to earth and exploded.

Great news for science fans worldwide, SpaceX just unveiled Falcon 9 which is the upcoming space booster to be launched Saturday from California’s Central Coast. Falcon 9’s main mission is to deploy ten satellites in the orbit and provide Igridium with a $3 billion upgrade. The official launch date has been set on 9:54:39 a.m. PST on Saturday and it will launch from a military launch pad which is located in Central California.

Regarding the ship’s launch, weather forecast is rather important. Lucky for us and everyone enthusiastic about Falcon 9’s launch there’s only a 40 percent chance of winds. Anyways, in case the weather is not good enough Falcon 9 will launch on Sunday. The ship’s success is very important because its mission is crucial for SpaceX and Iridium’s future. We can be sure that SpaceX is going to do its best because this is the first time the US has offered a $500 million contract to another space company than NASA.

The ship was actually set to launch during mid September 2016 but when the last rocket exploded while launching, the company had to change its plans. The company had to take extra precautions since the ship’s explosion made over $200 million in damages because it contained Amos 6 satellites. In regards to the last Falcon 9 explosion, scientists already know the cause of failure and have fixed it. The problem was set in the ship’s high-pressure helium tank which went under minus 340 degrees Fahrenheit and this caused it to explode.

SpaceX announced that this time the rocket’s helium will be placed in a warmer place and this will solve the issue. Nonetheless, we can expect the company to keep on innovating space technology in the future and be able to even achieve its goal of making commercial space trips.