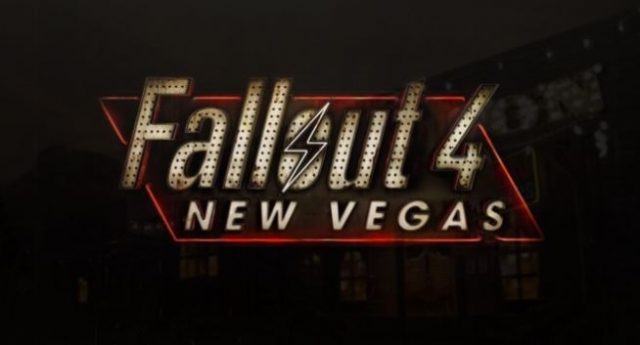 Fallout 4: New Vegas is a mod for the Fallout 4 game which brings Fallout: New Vegas’ plot, quests, items, npcs and everything else into Bethesda’s latest FO game. The team has been working hard for quite some time now and the project has shown promise, and now we got an update on its development!

This comes after the sudden stop on the other mod the team was developing, Fallout 4: Capital Wasteland, which had the same idea of bringing an old game to the new FO4 engine, except instead of Fallout: New Vegas, it was Fallout 3. This project was unfortunately cancelled because of a conflicting voice acting contract with Bethesda which kept them from continuing development.

After this, many fans were left asking themselves what will be the fate of Fallout 4: New Vegas?

The mod team over at F4NV went to assure the fans that this project will not end as abruptly as Capital Wasteland, and wrote their statement on the matter in a blog post.

After the shutting down of Fallout 4: Capital Wasteland, the team went to think what has to be done for their other project to live.

Basically, development Fallout 4: New Vegas will go on. However, changes will be made in order for them to be able to finish the project. To that sense, they hired a new Voice Acting department, which will be working independently of the rest of the development team.

Therefore, the VA department’s work will have differently organised goals and what they will be working on will often be completely different from what the main devs are doing at a given moment in time.

This is both good and bad. On one hand, F4NV releases will not be postponed at all and the release schedule will not be affected in any way by the addition of the new team.

However, on the other hand, because the VA team acts separately from the main team, that means that while some parts of the game will be fully voiced long before the main team codes them in, other parts might get released without voiceover for some characters.

The mod team feels like this is the best approach to take in order to maintain high standards and have development continue slowly but surely and without issues.

You can read the entire blog post going through all the details by clicking here. All in all, it is great to hear that development is still going and soon enough we will have Fallout: New Vegas within Fallout 4!