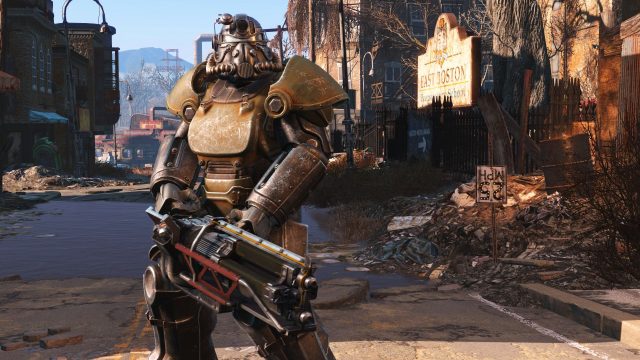 Rumor has it that Bethesda is going to release a follow up to Fallout 4, supposedly called Fallout: New Orleans. Last year, everybody was thrilled about the possibility of a follow up when the producers filed a trademark for a logo at the European Union Intellectual Property Office, back in August. Moreover, another hint for this possibility was the amount of articles written online about it. Now it seems that everybody is interested in this project again, under the code name “Project Louisiana”.

This happens because after a long period of silence, Bethesda has now revealed an image meant to give a hint about the next Obsidian game. Presumably, this would be the image belonging to Fallout: New Orleans. It shows a pipe and a wheat reed and it comes together with a quote: “I used to dream that when my god came back, he would forgive us. That’s the trouble with dreams. Sooner or later, we all have to wake up.”

The two hints are not very clear, which made many people think that Obsidian didn’t want them to be clear in the first place. At the same time, the team is also working on other projects, so the image and the quote might as well advertise another of their games, namely Pillars of Eternity 2.

But the mystery was cleared afterwards, when there was another image published on the Obsidian Twitter page. The image showed a Leaden Key, which is definitely a reference to Pillars of Eternity: The Leaden Key. However, people are wondering when and if we are going to have a follow up to the Fallout 4 game. Indeed they registered the name, but there have been cases in the past when companies registered titles and then did not complete them.