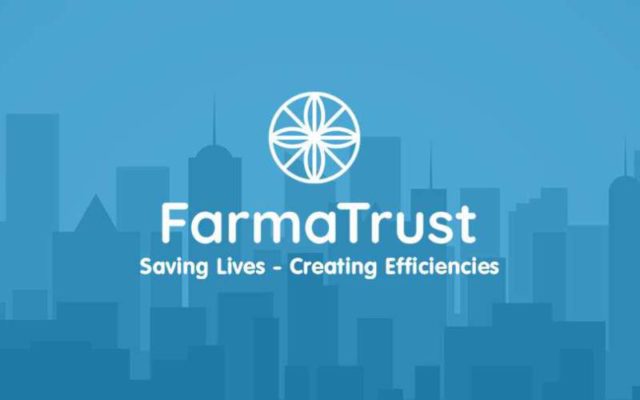 It’s needless to stress out just how vital the pharmaceutical industry is for mankind. Unfortunately, it has been plagued by a massive range of controversy, and one of the most severe and threatening involves counterfeit medication and the inaccessibility of safe products for people located in under-developed parts of the world. For instance, WHO has estimated that the global value of fake medicines is over $200 billion yearly and more than 30% of the drugs that are sold in developing countries are counterfeits. These include medications such as aspirin, malaria, cancer, HIV treatments and more. This situation is more than disturbing, and it’s against the fundamental human rights.

Fortunately, there is a ray of hope that became materialized in the shape of a company that managed to come up with one of the most ambitious plans ever to change all this – FarmaTrust.

FarmaTrust is a UK blockchain startup, and global tracking system and this platform’s primary goal is to eliminate counterfeit drugs and establish a safe and efficient pharmaceutical industry that aims to help people instead of hurting them. FarmaTrust’s goal is to allow the circulation of good medications only, both online and offline.

The platform is built on the blockchain technology, and it uses Artificial Intelligence and massive data analysis in order to secure the transportation of medicine from the manufacturers to the consumers.

The company recently signed a partnership with the Mongolian government to pilot a one-year project targeted at preventing the creation and distribution of counterfeit drugs. The pilot project will include all governmental and non-governmental parties in Mongolia, and it will kick off in Tuv Province outside of the capital. Immediate and urgent tasks include helping the government to monitor and inspect pharmacies, conducting feasibility reports and also keeping an eye on pharmaceutical supply chains, retailers, and warehouses.

According to Raja Sharif, the FarmaTrust CEO, the project plans to “secure and optimize the pharmaceutical supply chain” via a multinational collaboration that mixes the blockchain technology and other emerging technologies such as Artifical Intelligence.

The company is also planning to unveil its own cryptocurrency that is expected to revolutionize the pharmaceutical industry. The crypto will make it much easier for people from all over the world to purchase drugs and pay for a vast range of various complementary medical services.

FarmaTrust uses the most powerful weapons to protect the pharmaceutical industry

Blockchain technology, Artificial Intelligence, cross-platform interaction and big data application – these are the most powerful and efficient means used by FarmaTrust. The company used the revolutionary blockchain technology to create its platform, and it’s based on sophisticated Artifical Intelligence that almost outdoes the human brain. FarmaTrust uses the AI technology to interact with users and analyze data while refining the platform services to help consumers make the best decisions. The FarmaTrust platforms connects users, and it packs a comprehensive inventory of their data to improve its services and products. It’s critical to note that FarmaTrust will not collect any sensitive data without your awareness.

FarmaTrust’s concept is backed by some of the most brilliant minds in the industry including Lord Anthony St John of Bletso, an independent member of the House of Lords. His goal is to leverage his position in the UK government and international politics to transform the entire pharmaceutical industry.

The pharmaceutical industry is vital for humanity because it has to do with the preservation of our species. This is one of the sectors that struggles with severe threats that most such and counterfeit drugs and medication inaccessibility. The counterfeit pharmaceutical industry results in over 120,000 deaths per year. FarmaTrust came up with promising and inspirational solutions to all of these crucial challenges via the blockchain technology. FarmaTrust is the most efficient global tracking system that can provide increased security to the pharmaceutical companies, making sure that counterfeit drugs stop entering the supply chain.

The platform’s system is secure, safe, encrypted and immutable and this startup can bring considerable change for humanity. It is a gateway to a more reliable and healthier future for all of us.