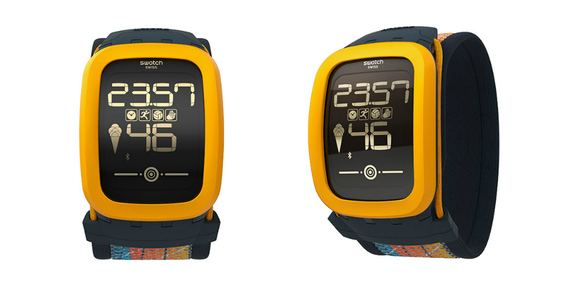 It seems that Swatch secretly gathers a huge number of patents, over 173, all related to technologies present in Smart Watches today. This could mean only two things: either Swatch is going to produce a Smart Watch of its own or intend to sell their license for big money.

Although Swatch promised to enter the Smart Watch market this year with a special device, the result was disappointing. Swatch Bellamy is a watch as normal as possible with NFC stuck under it. However, the Swiss company possesses an impressive wealth of patents that currently appear unused. Considering the fact that we know nothing of any future Smart Watch from Swatch, the number of patents indicates an interest in this direction in the near future or a desire to sell the patents for profit.

Nick Hayek, Swatch CEO was not reluctant to show the company’s contempt for the new generation of ‘smart’ watches, remaining a prominent representative among the lovers of classical Swiss watchmaking. Even so, it contradicts their patents. For instance, the luxury Smart Watch from TAG Heuer has a lot of successful on the market of exclusive watches, but the company apparently does not hold any patents in this regard, taking all their internal parts from Intel.

Instead ARM, Microsoft and Intel make a lot of money selling patents to other companies interested in their technologies, not wanting in this way to produce an own watch very soon. It is not excluded that Swatch will want to go in this direction as well.