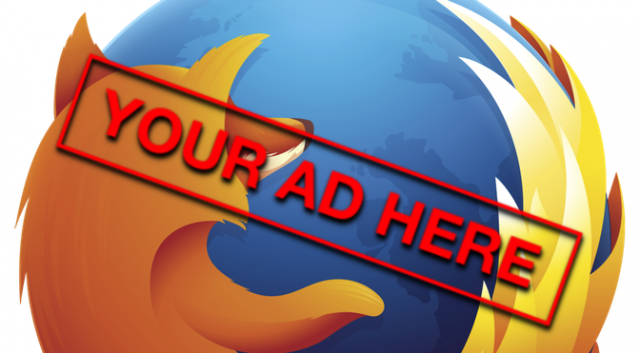 With the last versions of Firefox, every time you wanted to open a new tab, there were a number of suggestions that were simply sponsored adds integrated within the browser. In the next update, Mozilla has decided to remove them completely.

Mozilla Firefox is considered a free application, open source, which you can use without paying anything. Even so, developers have to eat every once in a while. So, for a while, Firefox took money from Google, implementing their search engine within the browser.
After Google, Mozilla has tried to diversify implementing Yahoo! and Baidu in China, which has led to losing a good chunk of Google funds.

To supplement these losses, Mozilla began to introduce advertisements in the window “new tab” marked “Sponsored” that everyone knows clearly that those tabs lead to further pages of companies that pay to advertise on Firefox. Apparently, this tactic has caused some discontent among Firefox fans, thus forcing Mozilla to remove them from the known format

In a blog post on Mozilla, Darren Herman, responsible for the company revenues said that it will not completely give up advertising, but will think of implementing more transparent and satisfactory advertising ways for Firefox consumers. These methods will include the possibility to close them if users will choose to do so..

Currently, the bulk of the money are coming to Mozilla from the people who use search engines in the browser, such as Yahoo, Baidu or Google. Even so, the search engine can always be changed, this flexibility made Mozilla Firefox browser a favorite for many of its users.