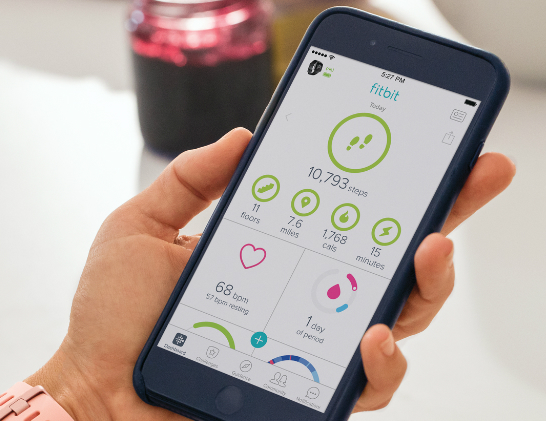 Fitbit is looking to improve its services and female users should be happy to know that they are getting an exclusive feature. Fitbit now comes with a new feature named “female health tracking” and it’s available on iOS and Windows operating systems right now. Android is going to receive the new update through an OTA (over the air) roll out during the upcoming days.

This feature doesn’t come as a surprise since Fitbit actually announced female health tracking a couple of months ago when it unveiled Versa. The new feature allows female users to log data about their menstrual cycle and symptoms such as acne and cramps. Fitbit will use the input information in order to provide female users with cycle prediction that becomes more accurate as time goes on.

The menstrual cycle information is going to be made available right next to the classic Fitbit data like weight and sleep that usually shows up in the notification panel. In addition, Fitbit will feature a community tab where female users can get in touch with each other in regard to finding information about topics such as fertility and menopause.

Fitbit announces that users who have identified themselves as a female when making their account are going to receive a new notification which is going to let them know that the new feature is available. Moreover, this feature is not enabled by default and Fitbit female users need to opt-in if they wish to use it.

The female health tracking feature is not the only thing that Fitbit introduced in this latest update. Fitbit fans will receive access to a bunch of new apps that can be used to monitor health. Some of the newly apps are: Limeade, One Drop, Fitabase and Go365 by Humana.