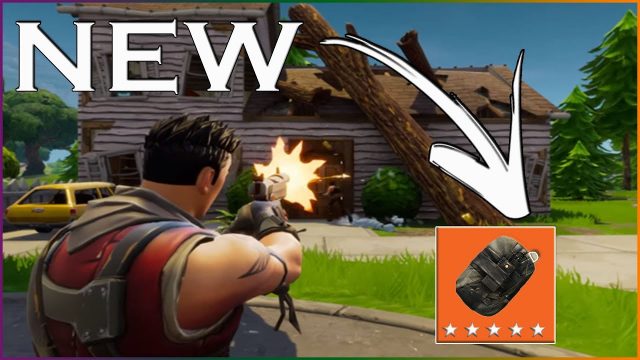 Fortnite is one of the world’s most successful games right now. In fact, Fortnite holds the title of being the most popular Battle Royale game ever made. Considering that Fortnite is on top of the gaming industry, it should come as no surprise to anyone that Epic Games is looking for ways to keep Fortnite in that spot for as long as it can.

The way that Epic Games is making sure that Fortnite is not going to fade away like most games usually do is by releasing a constant stream of updates which bring new content. The 3.6 update is scheduled to come out today (April 24th) and it’s going to include new weapons and bug fixes.

We should mention that the new bug fixes Epic Games is introducing are focused on both Battle Royale and Save the World modes. Therefore, all Fortnite fans are going to receive something important in the new update.

The most anticipated weapons that are being added through this new update are sticky grenades. Players are already dubbing the grenades as “the clinger weapon” and the update is adding them to both game modes. The cool thing about these grenades is that just like their nickname implies, they stick to surfaces and detonate in a couple of seconds.

However, there is something special about these grenades. They are not able to damage structures that are created by players and they don’t detonate while in air. They are similar to Remote Explosives that have a slim chance of randomly appearing in treasure chests all over the map.

Another cool weapon that Fortnite fans will get to play with after the new update arrives is the Noble Launcher. This is a heavy weapon that shoots a weird “wave of energy”. Another important thing that we need to note is that the new update will give players the ability to refund their cosmetic purchases.