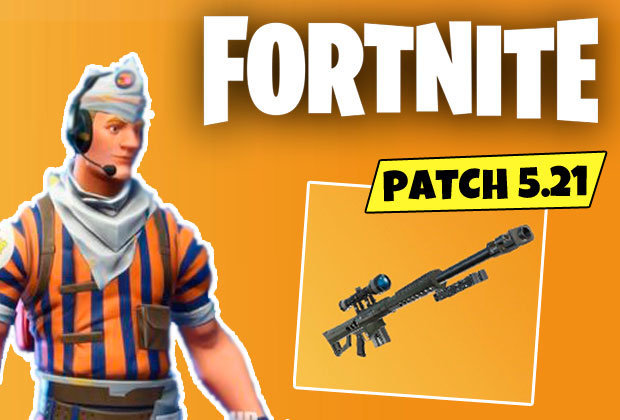 Everyone started saying that Fortnite is only a FOTM (flavor of the month) type of game when it came out and that its popularity will go down in a couple of months. Epic Games who is in charge of Fortnite made it loud and clear that Fortnite is here to stay because the game developer is rolling out new updates that refresh the content and keep the game entertaining while giving veteran players a reason to come back for more at the same time.

The impressive thing about Fortnite is the rate at which it receives updates. From the looks of it, Epic Games is constantly working on new content, weapons and features that are being introduced in the game every week. With that said, it should come as no surprise that Fortnite is scheduled to receive a new update.

Epic Games announced that the new update will change Fortnite’s version number to 5.21 and that it will start rolling out on today (August 15th) at 1 AM PT/ 4 AM ET. To make things even better, there will be no downtime!

Even though receiving new updates is great news for Fortnite, Epic Games is forced to shut down the servers for a couple of hours until the update is installed. Fortunately, Epic Games has managed to figure out a way to roll out new updates without having to shut down servers anymore.

The latest update that Fortnite players received sported the 5.20 version number and it introduced the Double Barrel Shotgun. Therefore, we believe that this new update will also contain a cool new weapon.

On the downside of things, Epic Games has yet to release the patch notes and we have to wait a couple more hours for them to be made public.