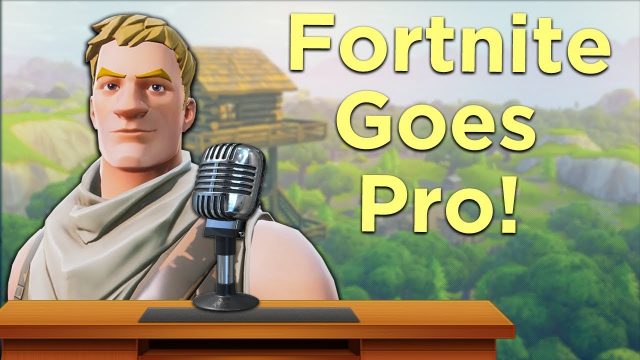 Fortnite holds the title of being the most popular FPS game in the world with millions of players on all platforms starting with PC and ending with Android. The game is super fun to play, and the folks who are in charge of it are running a great marketing campaign which makes sure that the game’s popularity doesn’t disappear overnight.

On the downside of things, Fortnite does lack one thing that will make it better. The game needs a competitive eSports scene and luckily, Epic Games is ready to make a massive investment towards achieving that goal. The game developer announced that it plans on investing $100 million into the Fortnite eSports competition scene.

“In the 2018 – 2019 season, Epic Games will provide $100,000,000 to fund prize pools for Fortnite competitions. We’re getting behind competitive play in a big way, but our approach will be different – we plan to be more inclusive, and focused on the joy of playing and watching the game” said Epic Games in a recent blog post.

Epic Games knows that PUBG (Player Unknown’s Battlegrounds) is the one who started it all. PUBG was the first game which managed to get millions of players excited about battle royales. However, PUBG’s popularity has dwindled over these past few months and the game is struggling to keep its active player base.

Therefore, Epic Games wants to make sure that Fortnite players have more reasons than just weekly challenges to stick with the game. The competitive eSports scene will help Fortnite expand its fan base by giving them awesome games and pro players to follow.

Considering that Epic Games is investing $100 million in the competitive scene, we can be sure that there will be many fan-favorite streamers and pro players who will try to grab those prizes.