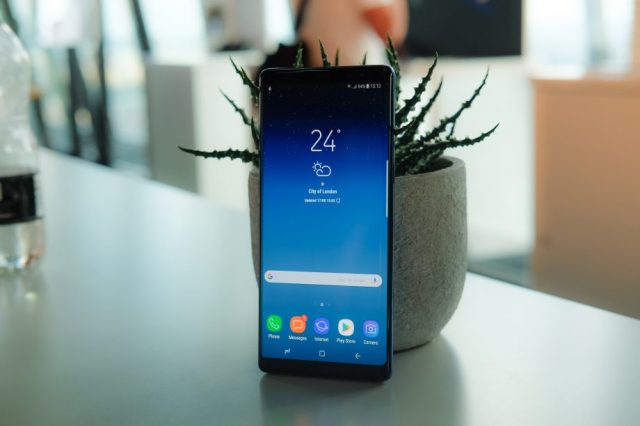 Samsung doesn’t seem to be that good at keeping secrets. The reason we are saying this is because even though Galaxy Note 9 is one week away from being launched, we already know everything there is to know about it starting with full specs sheet and ending with its price. Yes, you read that right! Galaxy Note 9’s price has been leaked today on the e-store Lazada.

From the looks of it, Galaxy Note 9 will fit in the expensive price range, but this was to be expected since Samsung has equipped the smartphone with all the latest hardware parts available on the market.

Galaxy Note 9 will hold the title of being a phablet because Samsung equipped it with a colossal 6.4-inches display. The massive display uses Super AMOLED technology which puts out a pixel resolution of 1440 x 2960. Moreover, Galaxy Note 9 offers a high pixel density of 514 ppi and the screen is coated with Corning Gorilla Glass 5 for additional resistance.

While the display might be impressive, what hides beneath Galaxy Note 9’s hood is what really matters. The following CPUs will fuel Galaxy Note 9: Qualcomm’s latest Snapdragon 845 and Samsung’s own Exynos 9810.

The US market will receive the Snapdragon 845 version of Galaxy Note 9. Nonetheless, both CPUs are paired with 6GB of RAM and 128GB or 512GB of internal storage space which can be expanded via microSD. In addition, Galaxy Note 9 will be fueled by a 3,850 mAh Li-Ion battery.