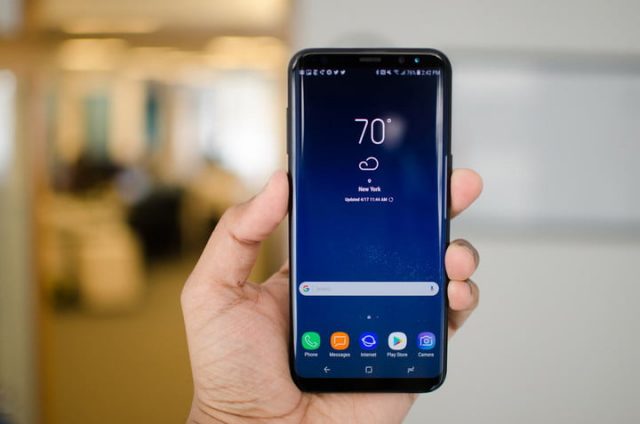 Samsung took the smartphone industry by storm on August 9th when it launched Galaxy Note 9. This smartphone ships with cutting-edge hardware specs that make it better than any other Samsung smartphone ever designed. However, Galaxy Note 9 is selling at the expensive price of $1,078 on Amazon.

Therefore, not everyone can afford the flagship device and some Samsung fans might think that purchasing Galaxy S8 is a wiser decision, especially since Samsung is offering it at $350!

Galaxy S8 is currently being sold for the hefty price tag of $600. However, Samsung decided that it wants to lower the price to everyone who purchases it from T-Mobile and listed the device for just $350.

The only requirement for this is that Samsung fans need to purchase the Arctic Silver model. Nonetheless, the payment plan is $14.58 per month for a period of 24 months.

Despite being revealed back in 2017, Galaxy S8 still offers impressive specs such as its high-end 5.8-inches Super AMOLED display. The panel is coated with Corning Gorilla Glass 5 for additional resistance and it offers a pixel resolution of 1440 x 2960.

Leaving the massive display aside, Galaxy S8 hides an octa-core Snapdragon 835 processor beneath its hood. The processor clocks at 2.3GHz and it’s paired with 4GB of RAM and 64GB of internal storage space that can be expanded up to 512GB via a microSD card.

As we all know, Samsung’s smartphones are camera-centric and therefore, it should come as no surprise that Galaxy S8 features a 12MP main camera which features f/1.7, OIS and dual pixel PDAF technology. Moreover, the smartphone ships with a smaller 8MP f/1.7 selfie camera that can record videos in 1440p@fps.