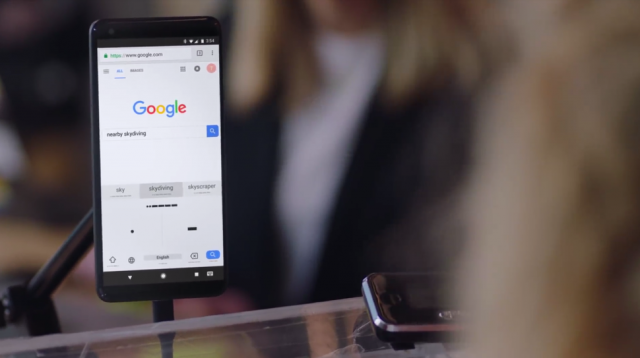 If there’s one thing we all know and love about Google, then it must be the fact that Google is always updating its apps with innovative features and improving their performance through software tweaks. In fact, the Android parent announced today that the Gboard for iOS now supports Morse code as an input method. We should mention that this cool feature has already been made available a couple of months ago for the beta Android version of Gboard.

Google revealed that Gboard for iOS is not just receiving support for Morse code because the Android parent also made sure to include a bunch of software optimization tweaks in order to improve its performance. Therefore, iOS fans who enjoy Gboard should be happy to know that it will run faster than usual.

We advise all iOS fans who use Gboard to give Morse code a try because the visual is really cool. When activated, Gboard will change the keyboard area with two large dost and dash icons. Gboard will start giving out suggestions right from the moment users start tapping on the dots and dashes, similar to how the traditional QWERTY keyboard acts.

Another cool thing about Google is that it wants the entire world to learn the Morse code and it created a special game for that. The game is called “Morse Typing Trainer” and it has been proven to teach Morse code in under one hour. In addition, the game works on mobile and desktop systems.

“Most technology today is designed for the mass market. Unfortunately, this can mean that people with disabilities can be left behind. Developing communication tools like this is important, because for many people, it simply makes life livable. Now, if anyone wants to try Morse code, they can use the phone in their pocket. Just by downloading an app, anyone anywhere can give communicating with Morse code a try” said Tania Finlayson.