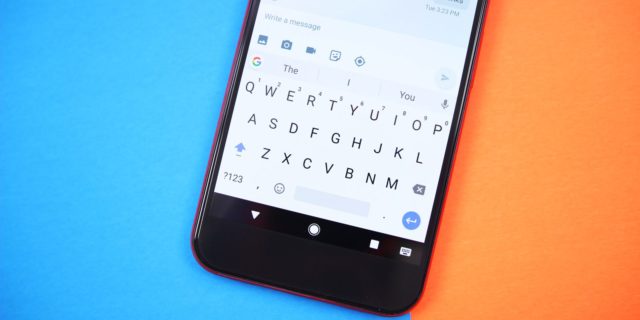 Nowadays, texting is slowly but surely taking over phone calls. Every new operating system update includes a new set of emojis which makes it easier for people to express themselves through texts.  Things get even better since there are numerous keyboards apps which make texting such a more enjoyable experience.

Gboard is one of those keyboards apps that’s been specially designed to enhance texting experiences. The way in which Gboard manages to achieve that goal is by providing users with a fast and reliable way of Glide and Voice typing feature. Moreover, Google Search is pre-installed in Gboard which means that users don’t need to switch apps anymore if they want to share something.

As its name implies, Google is the company that’s directly in charge of Gboard. If there’s one thing that Google is known for, that is for always making sure that its apps are kept up to date with new features and performance enhancing tweaks. With that being said, Gboard fans should be happy to know that the keyboard app has been updated.

Eager Gboard fans can get access to Google’s latest update by downloading the APK version of it right now. However, the new and updated Gboard is also going to arrive in the official Google Play Store during the upcoming days.

The feature that stands out the most in this new update enables users to express themselves through stickers. From now on, Gboard will feature a new option that gives users the ability to download stickers packs. In addition, search result cards can now be shared directly into the app.

Finally, the last feature that this new update brings is transliteration support for Greek and Armenaian. This means that Gboard users are going to be able to transcribe words from the Greek and Armenian alphabet into English.