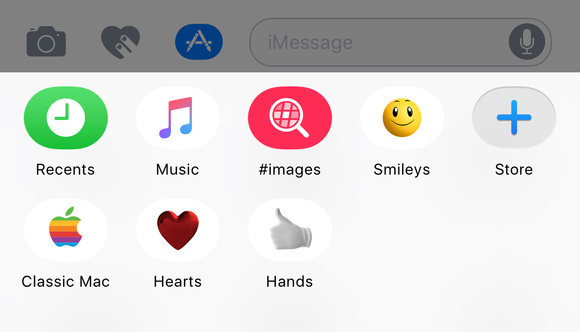 As you know, there is little time left until September, when Apple is expected to release its new iOS 10. After announcing it at the WWDC event, Apple started releasing betas for developers and now, the second public beta is available for testers. There are many new features such as a Dark Mode, Raise to Wake, QuickType, Siri supports third-party apps, Maps, News and Music app have been redesigned and Photos app has a new “Memories” option. Messages app, on the other hand, has received GIF Search.

Messages app has been updated and users will be able to use rich links, emji that are three times the size, bubble effects and they’ll create a message that will come up in “invisible ink”, meaning that the message will stay blurred until the recipient will use his/her finger to swipe across it. Other changes in Messages include “Slam”, handwritten messages, the ability to send your heartbeat using Digital Touch.

Today we’ll talk about GIFs in Messages app, which can be used as punctuation or space filler. In iOS 9, users had to install a third-party GIF keyboard, but it was annoying to cycle through it and Apple was “moved with compassion” towards them, so it introduced GIF support for Messages app.

Now, when opening Messages app, the menu looks different. It has a camera icon bringing up photos, then there’s the heartbeat/sketch menu (stay away) and an App Store icon. Under it, users find hand written messages, but we doubt that there will be many people using this feature. Then, when swiping to the left, users have access to the second window, where they can find the GIFs they want to insert in messages.

Users will tap a GIF or search for what they want using Bing, but the GIF library is limited compared to what Giphy and even Google Images are offering.