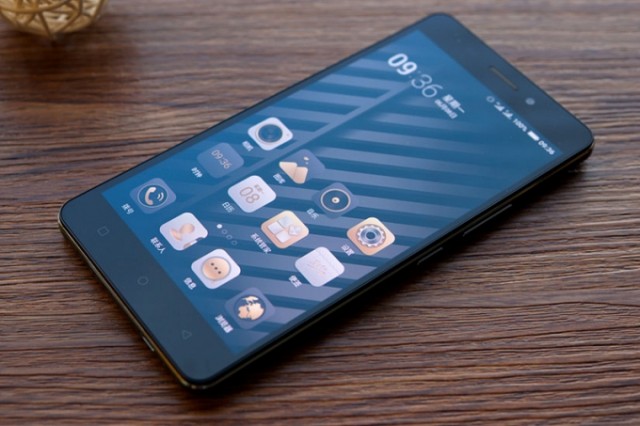 While some companies are looking for ways to optimize hardware and software to extend the use of smartphones, other companies simply choose the easy way. Gionee, a manufacturer from India has launched Marathon M5 model, which promises four days of autonomy in one charging. How can this smartphone achieve this performance? Simple. It has two generously sized batteries.

Gionee wants to offer a phone that does not need charging for a few days, so they had to compromise on several chapters. First, the phone has limited performance. The Marathon M5 smarrtphone is a mid-range device in terms of hardware, integrating MediaTek MT6735 chipset with a quad-core processor at 1.5GHz, 2 GB RAM, 16 GB storage and microSD card slot with a maximum capacity of 128 GB. The display is also limited, displaying images in 1280 x 720 pixels resolution, despite its size of 5.5 inch.

Of course, the most interesting aspect of the new Gionee smartphone is its power, provided by two batteries, 3,010 mAh each (6020 in total). It should be enough to provide four days of normal use, but there is also a software component that can activate a profile of economic consumption when the battery falls below 5% of its capacity. The phone also can be used as a portable battery, offering a plug that carries energy in both directions.

The new M5 Marathon from Gionee originally debuted in China and now looks to expand to other regions. At a price of 18,000 rupees (about 271 dollars), importing it would not be a very bad idea for those who need a smartphone with high battery life and do not want to wait until it arrives in Europe. Of course, the performance comes with a pretty big disadvantage: Marathon M5 weighs “only” 214 grams.