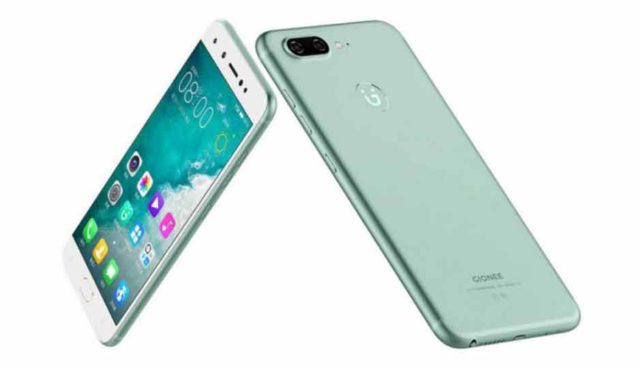 Back in November 2016, we had the opportunity to see a new phone from one of the largest smartphone manufacturers in China, namely the Gionee S9. Moreover, we might see yet another device of the impressive company soon enough. Fans who loved the Gionee S9 are certainly expecting with anxiety the release of Gionee S10.

According to some reports that were released, there were various photos leaked about the new smartphone. They said that the images show how Gionee S10 is going to bring 4 camera. Moreover, the information was also taken by GSM Arena.

Though they did mention the images are mere rumors and we have no confirmation for these specs, fans still got excited. Various reports claimed that Gionee S10 will be a phone that has 2 front cameras, each with 16 MP. There is also the possibility of it presenting a configuration of 20 + 8 MP. The back cameras are supposedly offering 13 MP each. According to the same publication, Gionee S10 should come with a 5.5-inches capacitive screen.

Among other specs, you will encounter 4 GB RAM and an internal storage of 64 GB. Moreover, the battery is a 3,450 mAh, which is great.

Variants for the Gionee S10

Tech 2 reported that we will see two variants for the future Gionee S10. They would be called Gionee S10B and Gionee S10C. The S10 B would present the dual back and front cameras, while the S10C will have only one camera on each side. Moreover, the images that leaked belonged to the S10B model.

The two Gionee S10 versions will come with different specs. The specs for the S10B were presented above. However, there aren’t so many differences between the two devices. The S10C comes with a 5.2-inches screen, 4 GB RAM, a 3,100 mAh battery and a 32 GB internal storage.