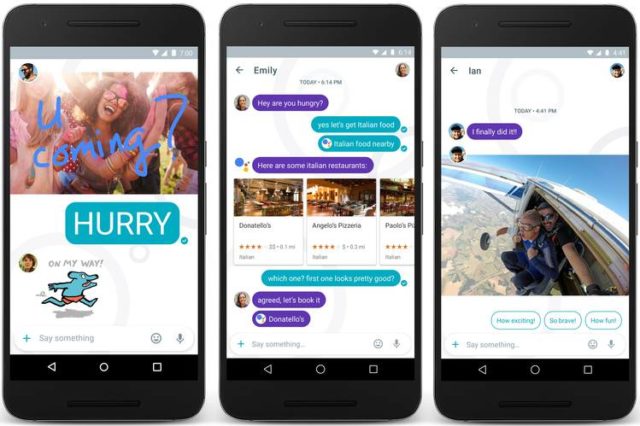 There are numerous apps that can be used for online texting, but not all of them can compete against Google Allo. The Android parent developed this smart messaging app with one purpose in mind, and that’s to make it easier for people to communicate with their friends.

Google Allo is packed with many cool features such as emojis and stickers but the best things about it is that it also supports Google Assistant.

The reason why we are talking about Google Allo today is because the Android parent has recently published a new APK update for it. The update is available for download right now and Google Allo users are highly advised to download it since it significantly improves the chatting experience.

This new update optimizes the app better so that it’s performance is improved. Things don’t end there since this new update also contains bug fixes which take care of some annoying issues which were causing the app to randomly crash or lag. Therefore, Google Allo users should consider downloading this APK update if they want the app to run better.

One of the features that helps Google Allo shine over its competition is smart reply. This feature learns over time how the user likes to answer to messages and it starts making suggestions.

This innovative feature will prove to be quite useful since it means that Google Allo users will be able to respond to their messages without having to type even one single word.

As previously mentioned, this messaging app supports Google Assistant. Furthermore, the artificial intelligence assistant can be used for many purposes such as finding close-by restaurants, searching for answers on Google or even to share videos.

Another cool feature that is unique to this app gives users the ability to talk directly with the virtual assistant through texts by adding “@google” to the friend’s list.