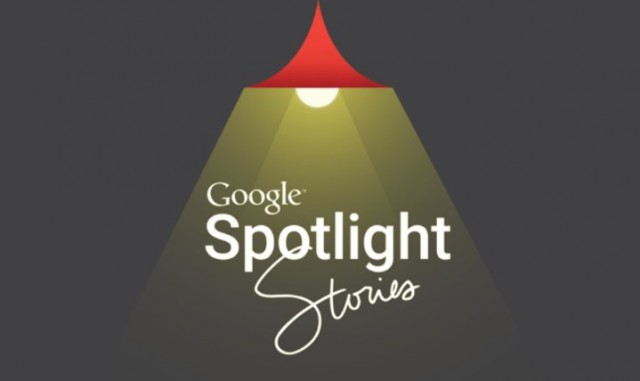 Google is looking to revolutionize the way we look at videos forever. Google has come up with the most amazing concept of turning your smartphone or a tablet into a 3D virtual reality device. The wait has been long for this type of technology to enter the market, and it is finally here!

Google has started a brand new series of videos under the name of “Spotlight Stories”. The new series by Google showcases a brand new kind of videos which are interactive in 3D. One can watch these videos through any platform, but when the video is played through a smartphone or a tablet on the YouTube app, the video comes to life and you can experience the 3D effects.

The Spotlight Stories videos are designed to work with the “Google Cardboard”, the type of cardboard box that will turn your smartphone or tablet into a 3D virtual reality device. The first video of Spotlight Stories is filmed by Aardman Animations. The “Special Delivery” has been filmed in the style that is similar to Pink Panther. The video is a short story about a caretaker who notices and is surprised by a mysterious stranger who is causing mischief according to the caretaker. The stranger appears to be on the roof on the Christmas Eve and causing troubles for the caretaker. Then the stranger is being chased down by the caretaker. The stranger always remains out of sights but leaving a long trail of presents behind him. There are dozens of content to look around in the video such as: what santa brings to the boy who is dreaming of a bike and what is the reaction of the boy when he receives his present and many more instances like these 3D viewers can watch.

So if you own an Android Nexus 6P or any other devices which qualifies for this new series, then give the spotlight stories a go. Let us know how your experience with Special Delivery was by commenting below.