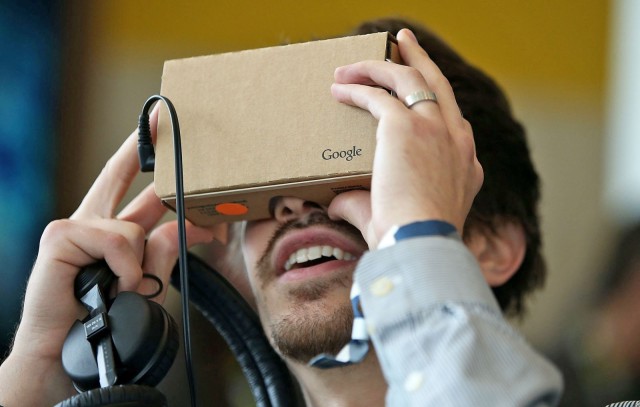 At the event they had this year, Google announced about their big plans for VR releases this year. As it seems, they moved on to include some features that make VR possible for Chrome Beta and Chrome Dev for Android. The Chrome beta version now comes with some features that allow WebVR to be accessed, so you can enjoy realistic and engaging experiences on accessing websites that are specially designed for VR.

Francois Beaufort, who is a Chrome guru, declared that Chrome Dev offers some kind of “shell” that allows users of Daydream and Cardboard to only use a headset in order to be able to surf the web. This is a great development and many users have been thrilled to find out about this.

The VR shell is not functional as of now, but this is just a matter of time until the team solves any issues and manages to implement various features for more stable versions. One issue that might annoy users is the fact that when using the headset, you might stumble online upon some websites that are not designed for VR, and so they have to take the equipment off. Google is currently working on a solution so that people wouldn’t need to take it off and the headset would accommodate the normal websites too.

Meanwhile, the competitor Samsung has already built a browser for the VR gear they launched. Their headset is compatible only with the handsets of the same company though, so it doesn’t address a large audience. By implementing VR for Chrome, Google opens up this possibility for those who are using Cardboard and the future Daydream. They also announced that they would have a special VR section where you would be able to find apps and content you’re interested in. For desktop, Google revealed that they are adjusting a version of Chrome that will be compatible with HTC Vive and Oculus Rift.