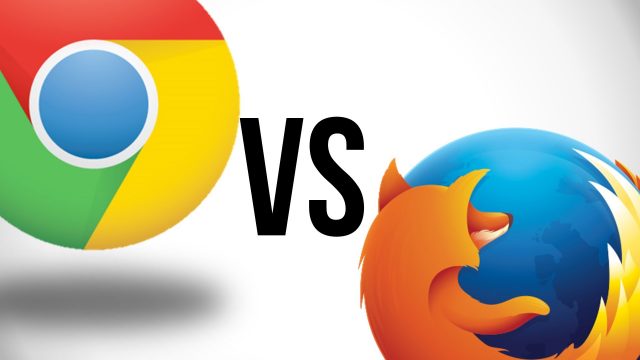 We in live in the age of information and speed and thanks to this everyone has access to internet. Even though everyone is surfing the web, some do it better than others. The difference lays in the web browser they use. The two most popular Windows 10 web browsers right now are Chrome and Mozilla Firefox. Today we’re going to pin them against each other and see which one is truly better.

Microsoft has been trying to create a successful web browser from the beginning of time but sadly, the US tech giant hasn’t had that much success. Internet Explorer which is the company’s first web browser is actually infamous for being the worst. When Microsoft launched Windows 10, it equipped with Edge. This is the company’s latest web browser but even though it’s better than Internet Explorer it pales in comparison with Chrome and Firefox’s performance. Now let’s go over Chrome and Firefox’s key features and see what they offer.

Right from the bat we need to highlight Chrome’s strongest point. The feature that helped grow Chrome’s popularity is its Incognito mode. This mode can come in quite handy at times because it’s been developed so that it doesn’t allow websites to track user activity. Additionally, Incognito Mode doesn’t store the user’s history.

As everybody knows too well, Google puts a high price on security. This is why the tech giant launches a monthly security patch to all of its Android powered devices. Google’s take on security can be seen in Chrome’s security level as well. The browser has been layered with defense walls so that it provides users with extra protection.

Just like Chrome, Firefox also features an “incognito mode”. This mode is called private browsing and it does the same things that Chrome’s mode is doing. Leaving that aside, what makes Firefox special is that it has a bunch of features that improve its overall user experience. For example, Mozilla Firefox comes with an improved tabbed browsing feature. This feature will open new web pages in tabs automatically. Also, all of the newly opened tabs will have their own close button.