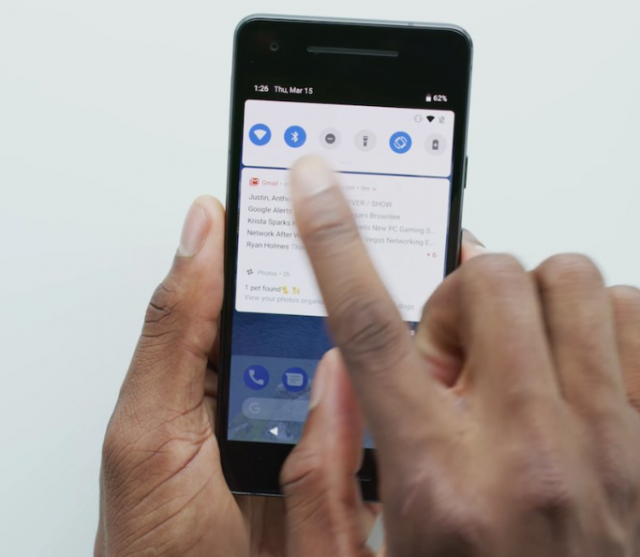 Google is starting its highly anticipated I/O event today (May 8th). The event is being hosted at the Shoreline Amphitheater in Mountain View, CA which is located right next to the famous Googleplex. Google is known for using the I/O event as an opportunity to showcase what devices it plans on releasing and to share its message to developers.

Even though the event is mainly focused on developers and apps, the Android parent is also expected to reveal important information about its upcoming devices such as the Pixel smartphone lineup, Google Home and even the world-famous search browser.

Another important topic that is going to be covered during the event is Android P. With that being said, let’s see what we can expect Google to unveil during its I/O event.

Apple took the smartphone industry by storm when it launched its innovative looking iPhone X. The feature that stands out the most about the premium smartphone is the unusual top notch. As unusual as this feature might be, it does give the smartphone a special look and other tech companies have noticed that.

Therefore, there are many tech companies who are following Apple’s design ques and Google wants to make sure that its new operating system will be able to support to the top notch. For example, LG G7 and Essential Phone are two Android powered smartphones who ship with a top notch.

Talking about all-screen smartphones, the only thing that needs to go next are physical buttons. With the removal of the home button and capacitive buttons, Google needs to make sure that Android users can still navigate through their smartphone’s UI (user interface) and this why Android P will feature additional swipe gestures which are going to take users to the home screen and the multitask menu.

Another important change that Google’s upcoming operating system is going to feature is a new design. This should come as no surprise since Google has made it a tradition to introduce new design changes to every iteration of its operating system.

Android fans are surely going to receive new icons for the Settings panel, Notifications menu and many more. Not just that, but Android P will also ship with a refreshed volume slider and the classic clock is going to be moved in the top left side of the screen.

As everyone already knows, Google loves to meddle in all aspects of the tech market and not only the smartphone niche. The Android parent recently announced that its going launch a new operating system known as “Android Things” which is specially developed for home appliances such as refrigerators, robots, vending machines and many more.

The reason why Google is doing this is because it wants to expand the Android ecosystem and to make it easier for users to connect their smartphones to their home appliances.

One of the main focus of all tech companies is AI intelligence. In fact, Google is in a close race with Amazon when it comes to this technology because both companies are selling home pods which can be used as personal assistants. Google struck gold when it released Google Home because this device has been selling quite well.

However, Google wants to take the home pod to the next level by improving its AI intelligence software in order to make Google Home better suited to provide people with all the information they need and to take care of all sorts of tasks such as setting alarms, playing music and so on.