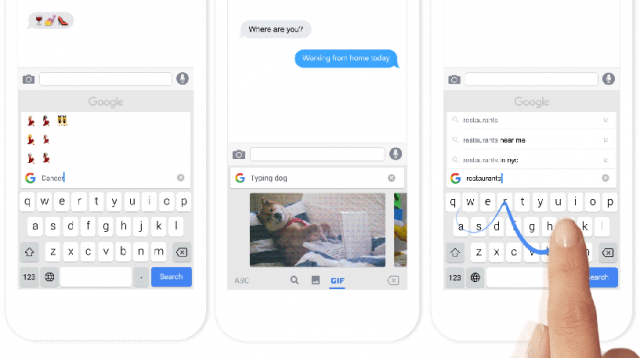 Gboard is a cool tool designed by Google to help people type faster. One of the tool’s highlight features is the fact that it allows users to slide their finger from letter to letter and create sentences.

There are many other features that Gboard offers such as voice typing, but it looks like this isn’t enough for Google. The reason we are saying this is because the Android parent is working on a new update for Gboard that makes it even easier for users to express themselves in conversations.

GIFs are a great way to express yourself when you don’t want to type words. Another great thing about GIFs is that they can be pretty funny and the new feature that Google is working on will make it easier than usual to find GIFs that are relevant to your conversation.

When Will the New Feature Roll Out?

What we know is that Google has been testing this feature since early July. Therefore, it’s been a couple of months since the new GIF search engine has been developed which leads us to believe that Google is looking to release it during the upcoming weeks.

Although, Google has yet to confirm an official roll out date. The only reason why Google might delay the release of this new feature is in case some issues might pop up, something which seems highly unlikely.