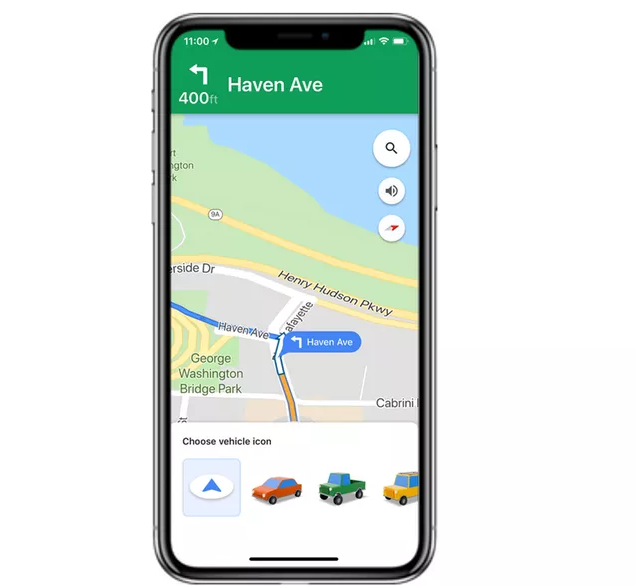 Google Maps and Waze are the two “go to” apps when it comes to navigation routes. Both apps are renowned for being able to provide users with the fastest and safest navigation routes, but that’s not the only thing that they do! Waze is the one who usually has the upper hand in this competition even though it might be the “new kid on the block”.

While there might not be that many differences between Google Maps and Waze, the latter has an advantage when it comes to design. Waze is relatively new to the scene, and the developers who created it have made sure to give the UI a fresh design and cool icons so that people can differentiate it from Google Maps.

However, it seems like Google noticed that iOS fans prefer to use Waze because of the way it looks, and it decided to “borrow” some icons from it. iOS fans should be happy to know that Google Maps will no longer feature the classic blue arrow navigation icon which is supposed to represent the user’s vehicle, and it will go with icons that resemble cars, something which Waze is known for.

Both Apps are Google-owned

In case it might look like Google is stealing features from Waze, this is not the case at all. Google owns both apps and this gives the Android parent the liberty to do whatever it wants with them.

Nonetheless, the only thing that matters is that iOS fans who prefer Google Maps will be able to change the way their GPS represents their vehicle (blue directional arrow) to a green truck, red car or yellow minivan.

On the downside of things, this small but significant update is exclusive to iPhone and iPad owners at the moment. Google has yet to confirm when Android fans will receive the same treatment, but we can be sure that it won’t take too long.