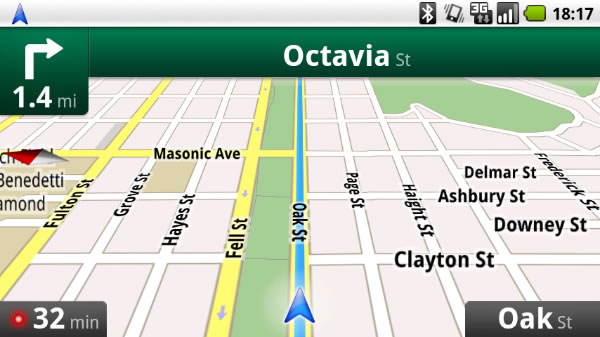 The folks at Google are doing major efforts to convince people to use Google Maps as the primary navigation solution on mobile.

There have been just a few weeks, and the developers at Google announce new important update to Google Maps. Just a few days ago, in a few areas of the world, the cartographic solution from the Mountain View giant is learning to provide fuel costs on the route, helping you to make better travel decisions based on and the additional information. Now let’s go back to the Google Maps offline feature.

Google officials have already announced several months ago that we will soon be able to navigate with Google Maps even without internet on iPhone or Android. About a month ago, that feature has been introduced in the Google Maps app for Android. Now, the same options are available for users of devices with iOS.

Although there is no mention on the subject in the detailed list of changes in iTunes App Store, Google officials have detailed for Mashable that the navigation function which enables using maps offline without internet is available with the new update. Unfortunately, it will spread to every corner of the globe in stages. This might take a maximum of few weeks until everyone can enjoy it.

The way things work with this very important update to Google Maps is relatively simple. If you plan to visit a city abroad and you are afraid of additional roaming costs, before you leave home, check the city in question in Google Maps. From the location menu you just save the map offline. You will have to wait from a few seconds up to a few minutes for the download to complete, after that, the location will be able to access and create routes on it, even with your phone in airplane mode.

Initially, the announcement about the new features described above was made in the Google I / O in May.