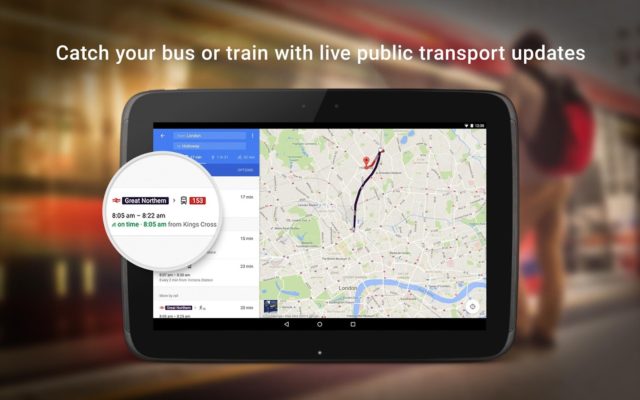 Google Maps has become widely known as a necessary companion for people who love to travel. Not only that, but Google Maps will prove to be quite useful even for setting routes in highly populated cities because it takes in account reports such as traffic and weather conditions. Moreover, Google Maps can also be used to search for local restaurants, bars and any type of other points of interest.

Considering the fact that Google is the company that’s in charge of this app, no one should be surprised to find out that its being updated on a weekly basis.

The app actually received a new update not too long ago and it brings its build number to 9.64.0. Worth mentioning is that this update is only available for beta testers and that the APK can be downloaded right now.

The new update doesn’t bring any new functions. However, it does squash some known bugs which have been plaguing the app for a long time now. Therefore, despite its lack of new and innovative features, the new update is still quite valuable.

With that being said, eager Android fans who enjoy receiving updates ahead of everyone else can enlist in Google Maps beta program. Google is allowing everyone to enlist in the program and the only thing that it asks in return is feedback.

Google puts a high price on user experience and this is the sole reason why it keeps rolling out new updates every week. Additionally, considering that there are many people who rely on Google Maps to get around, Google wants to make sure that there aren’t any issues which might cause the app to crash.