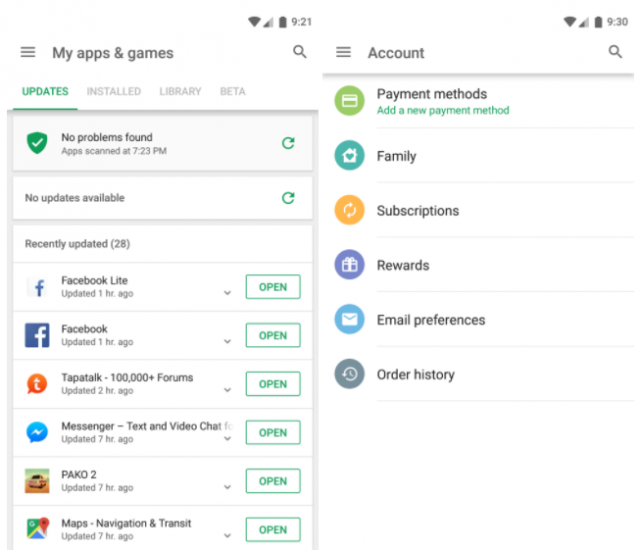 The Play Store has an important role in the Android ecosystem and Google is always looking to improve it through new features, bug fixes and even redesigns. In fact, there are have been many reports which pointed towards the fact that Google is looking to introduce a major visual change to the Play Store’s UI (user interface) and luckily, this rumor has been confirmed to be true by the latest Play Store 9.7.11 APK update.

First off, we need to mention that APK updates are not rolled out through official OTA (over the air) channels and interested Android fans are required to manually download and install them. Moreover, the features that appear in the APK update are not guaranteed to remain in the final version of the update.

The main feature that this new update contains is a redesigned UI for the Play Store. Google decided to change the way the UI looks and opted for an all-white background. This is a big change, especially when considering that the background used to feature lots of green accents.

While this all-white background might be a big change for the Play Store UI, we do need to mention that it doesn’t affect the way the UI works. Everything will function exactly the same, just that it will look a bit different. Android fans will still find all the usual options such as subscriptions, notifications and app updates in the same locations that they were before.

One of the major changes that Android fans will notice is that the hamburger menu has been adjusted. In addition, the account, payment methods, rewards and settings have been relocated below the subscriptions and wishlist panels. We should also note that the “home” button has been completely removed.