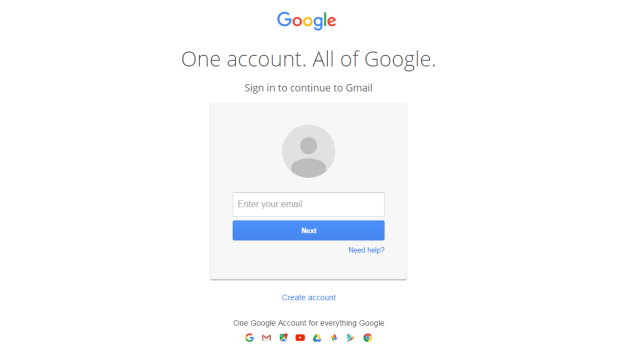 Over the past 18 years, Google has been a company which has shown a massive growth and has been growing in leaps and bounds. What started off as just a search engine is today way more than just that. Today, Google offers the users with the ability to do much more, it has brought the power of internet to your palms, and has been one of the biggest factors in enhancing the markets of internet technology. It is with the help of Google’s developments in the world of technology that we are able to dream far more than what we thought. With them working towards a self-driving cars division and robotics technology, we never know what the future might be like! The company is now working on a new method of logging in! Google has been working on a technology to replace passwords with smartphones, i.e. our phones as authentication devices.

Reddit user rp1226 posted the following on a group on Tuesday – We’ve invited a small group of users to help test a new way to sign-in to their Google accounts, no password required,” a Google spokesperson said. “‘Pizza’, ‘password’ and ‘123456’, your days are numbered.” This has been something which has actually been becoming quite a trend. Yahoo users too, started getting this update in October where the company has intended to replace passwords with smartphones. This feature was called the ‘account key’ feature, and when you sign on to your Yahoo email from a device, a push notification will flash on your phone, to verify that its actually you who is logging in.

Apple Pay too has replaced passwords with smartphones based authentication – as they require fingerprints, which is an even more secure form of transactions. Also, the thing worth noticing here is, that Google is not letting the passwords go away, but will be keeping them as a secondary  priority, with these ‘one time passwords’ being the primary preference.