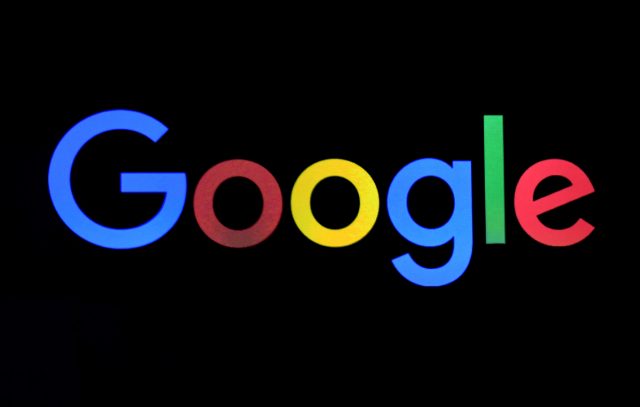 The speech input interface that you see in apps such as YouTube and Play Store hasn’t seen an update for a really long time.

The last time that it got updated was when the new Google logo replaced the old one, but it had remained mostly the same for years before that. 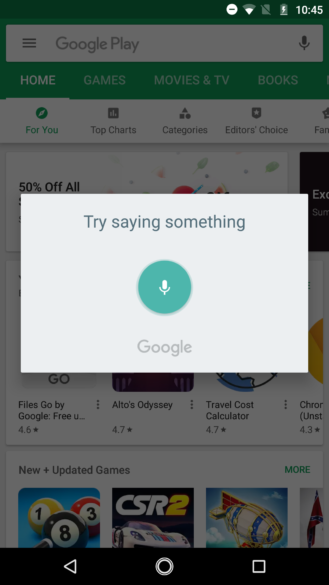 Now, it seems that the company is testing a Material-based UI that’s a much better match for Android’s current looks.

Android Police reports that when you compare it to the old popup, the latest one is much taller and a bit brighter or whiter. 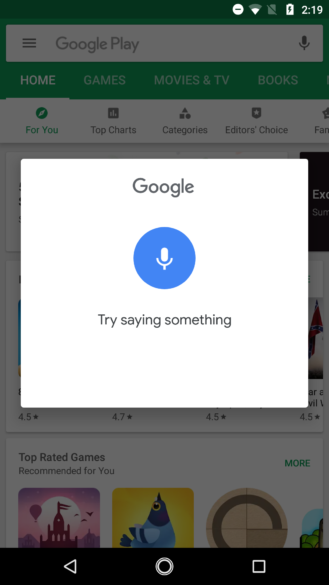 The microphone icon and the circle that’s surrounding it have gotten a bit larger, and the circle’s new fill of blue perfectly matches the accent color that’s introduced with the first gen Pixels.

“That does, unfortunately, mean that the color no longer matches the turquoise accents seen on pre-8.1 Oreo phones, though. The ‘Try saying something’ is now in Product Sans, and it’s swapped places with the Google logo,” says Android Police.

The latest UI is more functional

The new user interface seems to be more functional, and after you finish speaking, the popup will show what it believes that you have said.

The mic icon also switches to a checkmark which turns green and so is the circle’s border.

On the other hand, if the device did not pick up what you said, the circle’s border will turn red, and there will also be a modernized ‘Try Again’ button that will appear. 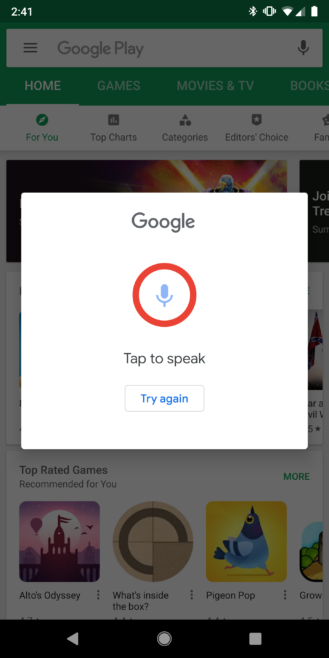 It’s not 100% certain which app controls the speech input UI; it could be either Google app or Google Play services.

The rollout doesn’t seem to be extra limited as Android Police reports that the new UI already popped up for more people, but it did not reach everyone just yet.

Anyway, the update comes in handy, as the speech input popup hasn’t gotten any attention for quite a long time.