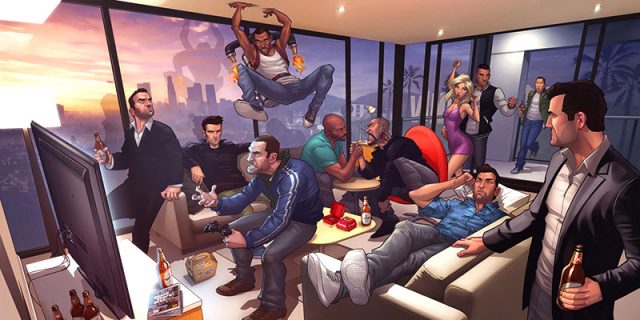 Rockstar games managed to create one of the most popular game franchises ever made. We think it’s safe to say that everyone has played or at least heard of Grand Theft Auto. GTA 5 is the last installment in the franchise and even though it was launched back in 2013, the online edition is still being played to this day. The game has one of the hugest fan-bases that spreads from PC to console systems and that’s why Rockstar Games is expected to unveil GTA 6 in the not so far away future.

The internet is filled with rumors and speculations about the upcoming game, but Rockstar Games has yet to confirm anything. The game developer is trying to keep its fan-base happy by launching monthly updates to GTA 5 Online. While this might great, it’s not what fans want. The only official statement Rockstar Games has made regarding GTA 6 was back in 2013 when it said that “We don’t know what GTA 6 will be, but we’ve got some ideas”.

Everyone believes that the reason why GTA 6 is being delayed is because Microsoft and Sony are preparing to launch their next-gen consoles. These gaming systems are said to be equipped with impressive hardware power and Rockstar Games wants to wait for them so that it’s able to enhance GTA 6’s graphics. Sadly, neither Microsoft nor Sony have announced when they will release their next-gen consoles.

As previously mentioned, the internet is buzzing with rumors surrounding GTA 6. The most reoccurring one is pointing towards the fact that GTA 6 will be set in a foreign country. All GTA installments have been traditionally placed in the US, but the sixth one is going to be different.

Rumor has it that Rockstar Games is looking to use Tokyo or London as the game’s map. These two cities go hand in hand with the game’s crime theme. If this proves to be true, it will be quite a nice change of scenery.