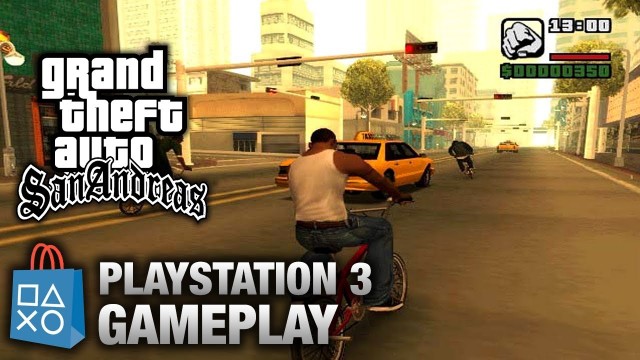 GTA: San Andreas, one of the most successful game from the Grand Theft Auto series, is now available on PlayStation 3.

Undoubtedly, GTA: San Andreas was the most popular game of the series. The amount of available missions, the well-constructed story, huge map and large variety of vehicles have significantly contributed to its popularity. If you missed the game developed by Rockstar, you’ll probably be happy to know that it is now available on PlayStation 3. The launch comes after weeks in which it was rumored that the game will be ported to Playstation 4.

Thus, GTA: San Andreas can be downloaded now from the PlayStation Store for only $15 and it will replace the classic PlayStation 2 version launched three years ago. To get this version of the game you will have to download only 2,1GB, but it is unclear whether the new version is the same that was ported on Xbox 360 last year in October or is a new one.

If we take into account the personal experience of users, chances are high that the new game will not give you the same experience you had on your PC in previous years. Because of important copyright related issues, Rockstar apparently had to give up much of the soundtrack that has contributed significantly to the game’s popularity.