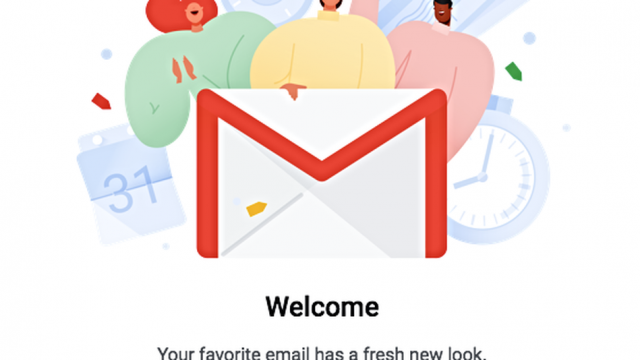 Despite being one of the world’s most popular email apps, Gmail was in long need of a design overhaul. The Android parent seemed to realize that and that’s why it completely changed how Gmail looks with the help of yesterday’s update. The new update didn’t only enhance the app’s design and UI layout, but it also improved its performance through new features.

Considering the fact that Google loves to keep reinventing its apps through major updates, no one should be surprised to find out that this update version of Gmail is being dubbed as the “New Gmail”. The reason why the Android community is dubbing the app like this is because the new set of features that Google added makes it even better than it was before.

How to Get The Update

With that being said, today we are going to present the most important and most useful new features that Google added to Gmail. However, we do need to mention that the update is being rolled out “systematically” and this means that not everyone is going to receive at the same time.

On the other hand, Gmail fans can trigger the update to arrive faster by heading over to the Settings panel of their smartphone and then selecting the “Try the New Gmail” option that appears when the update becomes available. Without any further ado, here are the best new Gmail features.

Everyone receives important emails every now and then, and sometimes they pop up during busy hours. This means that people can’t write a thoughtful response to them at that moment and they need to ignore it. However, this can be quite annoying because you will often forget about that email until you get home and have time to write a response.

This is where the new Snooze Messages feature comes in. This feature can be used to select a desired time for when that important email should appear again.

One of the things that made the mobile version of Gmail better than the desktop one is the “Smart Reply” feature. This feature allowed people to reply to emails really fast and it now has arrived to the desktop version as well.

If we take a look at the Gmail forum we will see that everyone says the new “Inline Action Buttons” is the best feature to be included in this major update. This feature makes it easier for people to select actions that they want for their emails.

For example, inline action buttons will appear whenever an inbox messages pops up and the buttons will feature frequently used actions that are listed from left to right. Therefore, Gmail users will be able to delete, archive, mark as read, unread or even snooze their emails in a matter of seconds.

Another really cool feature that’s been introduced in this latest update is going to remind users of drafted emails. Say for example you start writing a response email to one of your friends and then save it as draft by mistake and forget about it, Gmail will notice that and remind you of it in a couple of days.

Even though this might not be a feature, the design overhaul is also a welcomed change. The new UI layout will feature icons such as Calendar, Tasks and all other sorts of Google Apps in the right side which are going to make it easier for users to access them. In addition, the new look makes the app seem more fresh than usual.