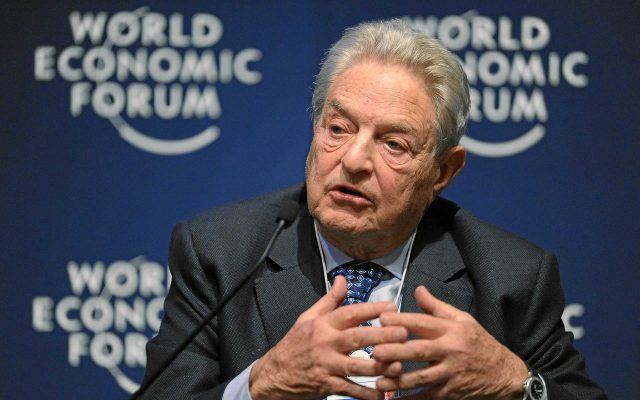 There are a lot of opinions on cryptocurrencies at the moment. It looks like there are fewer people who consider this industry to be a “bubble.” Billionaire George Soros is the most significant example.

Bitcoin is a typical bubble, according to Soros

He claimed that Bitcoin is a bubble earlier this year and his comment pushed the price down. On the other hand, this might have been his plan all along.

Back in January, Soros described cryptocurrency as a misnomer and a bubble.

He stated that Bitcoin could not be labeled as a currency because it’s not a stable store of value. His statement is only partially true.

Bitcoin is indeed associated with some sort of volatility, and we have seen a lot of Bitcoin price pressure this year so far.

In Soros’ eyes, this is one of the most significant drawbacks about Bitcoin, but his comments might have been designed to drive the price down on purpose.

Rockefeller, Soros, and Rothschild money entering the cryptocurrency space….it sounds like regulations might be getting a bit more lax

Bitcoin hit $19,000 in 2017, and Wall Street players didn’t like this at all as you can imagine. Soros’ comments might have triggered this price drop or at least this is what more and more people start to believe these days. He is considered a guru because of his business strategies.

Bitcoin price drops, and Soros prepares to invest in cryptocurrency

After the Bitcoin price fell, Soros is preparing to invest. Of course, his decision sparks more price manipulation rumors. Don’t get us wrong because he keeps considering digital currencies not to be actual currencies, but he still had this change of heart.

He is not the first mogul from wall Street that decides to invest in cryptocurrencies.

The Rothschild family and Alan Howard, the co-founder of Brevan Howard Asset Management LLP, and more significant names are taking similar steps. Overall, it looks like the cryptocurrency interest in growing even among financial experts.