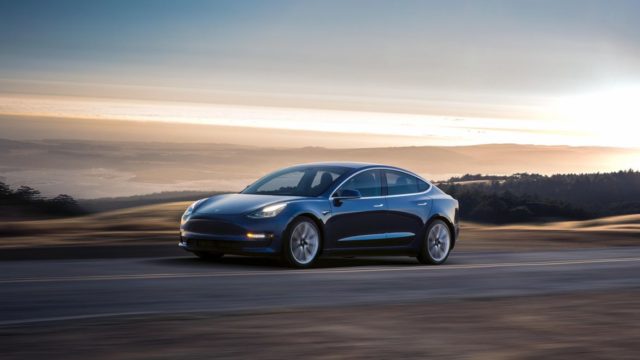 Elon’s Musk Tesla has booked an approximate number of 1800 Model 3 vehicles per day since his employees preordered the cars. This means that in a week after the event, Elon Musk overloaded the production of vehicles, especially since he’s also working on other projects.

The Model 3 will be produced at scale in 2018, and Tesla employees will be able to choose customization features and options for their pre-ordered cars. The other customers that aren’t employees will get an invitation to start their order and will be placed on a pre-order list. The owners of an existing Tesla car will have priority.

The first pre-order shipment of Model 3 will have long–range batteries, at a price of $ 44,000 or higher if customers want to buy an additional upgrade package which is $ 5,000.

Model 3 is Out This Year

Tesla stated that an entry-level Model 3 vehicle will be shipped in the US in November 2017. But unfortunately customers outside the US won’t put their hands on this vehicle until late 2018, and the last buyers will get shipments in 2019.

Tesla is Pumping up Their Gigafactory

Tesla mentioned that the Model 3 car has a design which allows less than 100 permutations at launch so that the production process can be faster. Tesla will also refine their production lines in order to create more Model 3 vehicle units and their 2170 form-factor battery cells that are used for this car’s powerhouse.

The company’s goal is to make 5,000 Model 3 units a week until the end of this year and next year they plan to make 10,000 Model 3 vehicles a week in order to keep up with the demands.

The Model 3 has also helped with new Model S demands, opposite to what it was believed. Analysts predicted that the sales of Model S will lower, though until now they have been proven wrong.

It’s not a stable sale so it’s too early for fast conclusions, but if it continues this way, the company will have more than a huge success, as it is successful enough with their new Model 3.