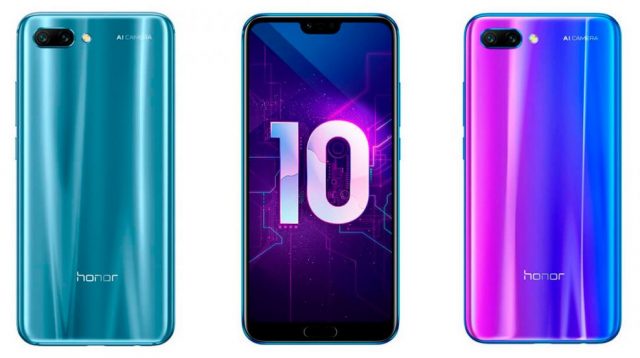 Huawei’s Honor brand is planning for the worldwide release of Honor 10 in London, on May 15th. A teaser at Flipkart now gives us proof that it is the exact same date when the phone will become commercially accessible in India, too, through the before-mentioned e-commerce platform, exclusively. The Honor 10 premiered in China in April and showed a design line and some of the specs of the Huawei P20.

The Honor 10 is advertised as a playful phone as compared to the Huawei P20. It is supplied with a color-changing aurora coating that shifts the color of the phone in accordance with the angle at which you view it. The phone is designed with a curved glass shape that keeps the light reflected off the backside and allows it to change color.

The Honor 10 is equipped with a 5.84-inch FHD+ LCD display with a 19:9 aspect ratio and will come with a notch which will hold the selfies camera, the earphone, and different sensors.

The handset boasts 6GB of RAM, operates on Android 8.1 Oreo-based EMUI 8.1 and is powered by a 3,400mAh battery with quick charge capability.

Honor promotes the outstanding abilities of Artificial Intelligence for the Honor 10 cameras. This is due, in great part, thanks to the Kirin 970 chipset which includes a dedicated neural processing unit and enhanced AI functionality (AI 2.0).

On the back, the phone boasts a dual-camera setting formed by a 24Mp sensor and a 16Mp additional sensor.

In conclusion, Huawei will launch Honor 10 on May 15th, in London, and the phone will be immediately available in India but only on Flipkart e-commerce platform.