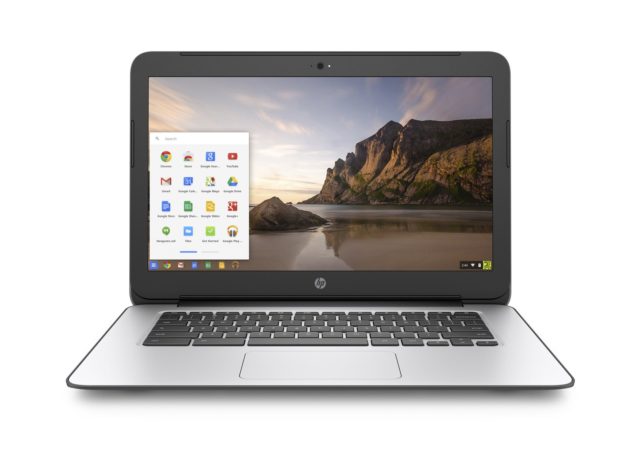 We have some great news for HP fans who are looking to purchase a new device, the tech giant decided to add two brand-new Chromebooks to its store. These devices are seen as the revamped versions of Chromebook 11 G5 which came out in June of 2016. In addition, both Chromebook models offer similar specs but they come in different sizes.

The first device is called Chromebook 14 G5 and its fitted with a 14-inch display. On the other hand, we have Chromebook 11 G6 Education Edition which as its name implies, it’s designed to cater for schools. Moreover, the Education Edition Chromebook can be purchased with an optional HD touchscreen that features a 180-degree hinge which allows people to fold the screen.

While most companies love to use the element of surprise whenever they launch new devices, take Apple and Samsung for example, HP doesn’t do that. Instead of using the element of surprise, HP lets its fan base what to expect months ahead of the release date. Therefore, Chromebook 14 G5 and Chromebook 11 G6 Education Edition are scheduled to come out in February of 2018.

As previously mentioned, the two new HP devices will feature the same hardware specs. With that said, let’s check out what sort of specs these devices will have to offer and see if they are worth our attention.

Both devices will ship with an Intel Celeron N3350 or N3450 processor that is bundled with a 64GB ROM and 8GB of RAM. While these specs might not seem that amazing, they are more than worth their price since all of HP’s Chromebooks are priced around $200. We should also mention that both devices will be 19mm thick.