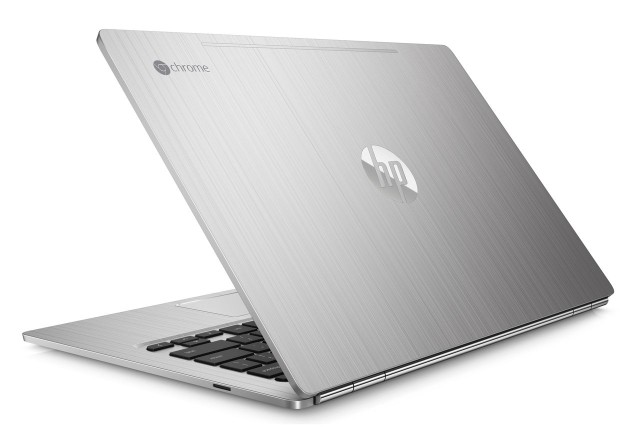 HP is one of Google’s OEMs partners who created a Chromebook laptop running on ChromeOS. The Taiwanese manufacturer introduced the Chromebook 11 in 2013, the Chromebook 14 arrived in September 2013, an updated version was released exactly one year later and now, a new Chromebook 13 with a brushed anodized aluminum chassis, which weights 1.29 Kg and which is 13mm thick will hit the markets. The device will be powered by Intel’s sixth-generation Core M processors and the pricing will start at $500.

The HP Chromebook 13 comes with a USB C port, while the USB-C docking station is an option which costs $145, but with it, users are able to connect to dual high-definition displays, physical keyboards and wired networks. Its display has a resolution of 13-inch and supports a resolution of 3200 x 1800 pixels. HP offers a basic configuration that consists of an Intel Pentium M processor that is backed by 4GB of RAM and which has an internal memory of 32GB, but customers can opt for a more powerful model, which is powered by either a Core M3, Core M5 or Core M7 processor that supports up to 16GB of RAM. As for the battery, it has a capacity of 45-watt which helps the laptop to stay alive up to 11.5 hours.

The laptop has a Lucid Sleep feature that will kick into action when the Chromebook 13 will enter sleep mode, and will update documents, emails and notifications. Also, Chrome Device Management will allow enterprises to secure and remotely manage multiple laptops, while with the HP Print for Chrome app, they can local print to HP network and local printers.

Linn Huang, a research director at IDC, told TechNewsWorld that “Right now, the entire Chromebook market is weighted heavily on K-12 education in the United States,” and that Asus, Acer and Samsung had a big success in that market, attracting other “big enterprise players – Lenovo, Dell and HP” to “dove into the deep end in education in Q3 2015 because that market was going gangbusters.”