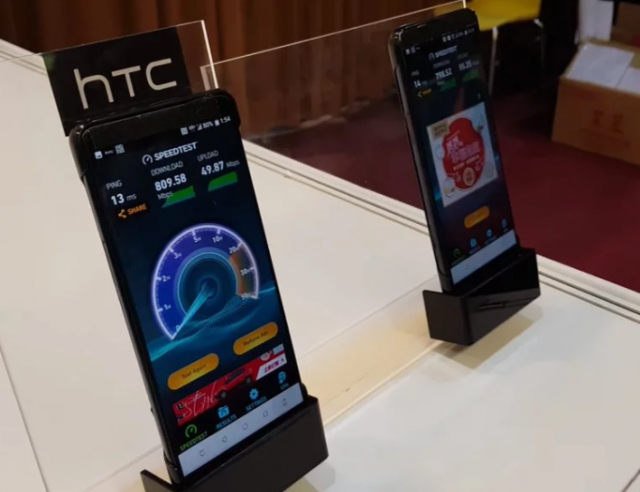 Smartphone companies love to attend the MWC (Mobile World Congress) tech event and unveil their latest flagship smartphones. The reason why all these companies are doing this is because the entire world is paying attention to MWC and it’s free advertising. However, it seems like HTC didn’t follow this trend and decided to not unveil any new flagship smartphone.

Even though it might seem weird for HTC to not want to benefit from all the free media attention that MWC brings, HTC has a good reason behind it. The company launched HTC U11+ only a couple of months ago and this smartphone fits right in the flagship category. Therefore, HTC didn’t feel the need to come out with a new high-end device that would’ve competed against HTC U11+.

What’s even more interesting is that even though HTC did not want to talk about a new flagship device, it seems like HTC is already adding the finishing touches to one. The smartphone we are talking about is called HTC U12 (Imagine) and a recent leak shows us its entire specs sheet! Without any further ado, let’s see what HTC U12 (Imagine) will have to offer.

Right from the start, HTC U12 (Imagine) impresses us with its Qualcomm-made Snapdragon 845 processor. Things get even better than this because the smartphone’s impressive processor is also paired with 6GB of RAM and an expandable internal storage space which can reach up to 256GB via a microSD card.

Moving on, the upcoming smartphone will ship with a dual 12MP + 16MP main camera setup that uses Sony IMX3xx lenses. HTC didn’t forget about selfie lovers because it also equipped the smartphone with a smaller 8MP front camera. In addition, HTC U12 (Imagine) will be fueled by a rather large 3,420 mAh battery.