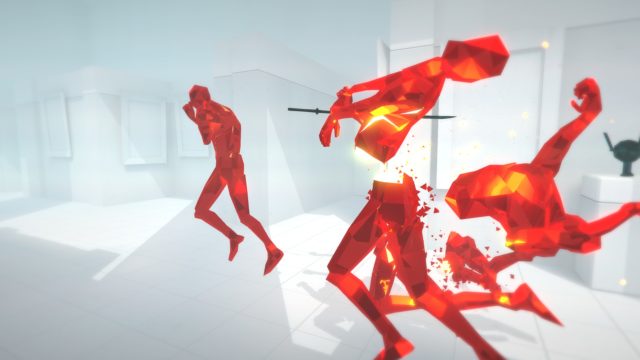 It’s no secret that virtual reality is the new big thing as far as tech news are concerned. All the major power players in the industry are working hard to research and perfect virtual and augmented reality techniques in order to integrate them within their devices. Thus, it seems like HTC currently has the upper hand in the game. The best Oculus Rift game ever is launching today via Steam on HTC Vive devices.

We’re talking about SUPERHOT VR, of course. SUPERHOT is one of the most appreciated virtual reality-based games out there, because it’s simple, yet very clever. In order to complete the game, you need to solve a series of puzzles in order to win against a crew of geometric assassins that have been pitted against you for an unknown reason.

You have various weapons lying around you in the room, thus it’s up to you to decide which is the most effective approach to things. And the good thing is that time passes only if you move, so you have a bit of space to breathe and think up your strategy. All in all, SUPERHOT VR is a very challenging virtual reality game, and it’s clear to see why so many people love it. And the fact that it’s now coming to the HTC Vive is even further great news!

The game was exclusive to the Oculus Rift store thus far, but thanks to Steam, the world’s most developed gaming platform, it will now come to HTC Vive devices from all across the world too. So if you were thinking of trying out, then you’re in luck. It’s good to see the game branching out in such a manner, and we’re sure its launch on the HTC Vive will be a tremendous success.