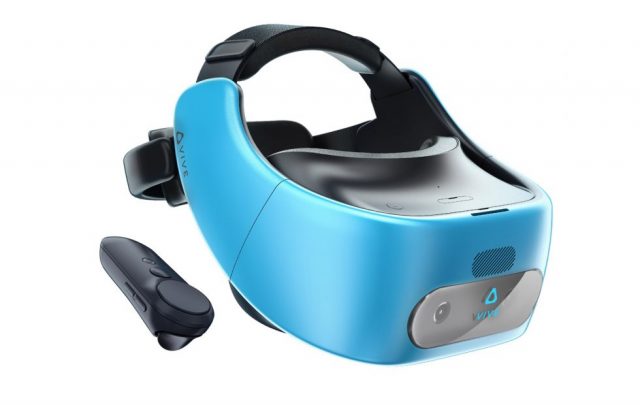 HTC Vive Focus is a standalone VR (virtual reality) headset that was launched back in 2017. The VR headset was launched exclusively in China, and it saw massive success. With that being said, it should come as no surprise that HTC is looking to replicate that success by launching HTC Vive Focus to the global market.

The Taiwanese tech giant recently hosted a conference named “2018 Vive Ecosystem Conference” where it announced that HTC Vive Focus will be launched officially on the global market during the upcoming months. In addition, HTC also announced that the VR headset will receive a major software update dubbed as “Vive Focus System Update 2.0”.

The new update is quite important because it improves HTC Vive Focus’s software integration. The VR headset will be able to link up with HTC smartphones. HTC fans will be able to take calls, view social media notifications and even receive messages directly on the Focus VR UI (user interface).

The first HTC smartphones that will receive this awesome feature is going to be HTC U12+, but more smartphones will follow shortly after. Nonetheless, improved smartphone integration is not the only thing that Vive Focus System Update 2.0 brings.

HTC took its latest 2018 Vive Ecosystem Conference event as an opportunity to announce that HTC Vive Focus will deliver longer battery life. Considering that the VR headset is going to link up with smartphones, many people will use it mobile, and this is why the enhanced battery life is so important.

Another great feature that’s being introduced alongside the new update is focused towards providing HTC Vive Focus users with better entertainment. The VR headset will feature support for passengers who are using HTC Vive Focus while sitting in moving vehicles.