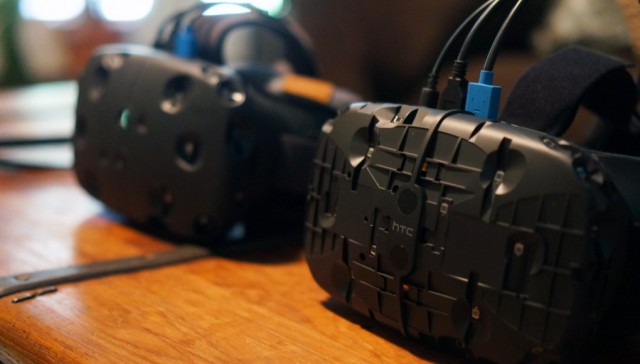 Taiwanese from HTC seem that is preparing a major surprise in terms of their virtual reality kit.

At CES 2016, the HTC seems to come with extremely important news regarding their virtual reality kit. In a conference held recently in Beijing, Cher Wang, CEO, said that two weeks ago, HTC, along with Gates, has had extremely important technological breakthroughs. As you probably know, Valve is partner of HTC in the project that led to the creation Vive device.

The refresh rate of HTC Vive is 90 Hz, the viewing angle is 360 degrees and works alongside two controllers that can track hands. At Gamescom this year I had the opportunity to test the glasses and we were impressed by the experience provided.

HTC Vive kit includes, among others, two joysticks, which include several buttons. Like eyeglasses, joysticks are equipped with several sensors, which work with two units placed in two opposite corners of the room. HTC has recently announced a partnership with Lionsgate and producer of games Starbreeze, companies that will develop in the coming months for HTC Vive game John Wick.