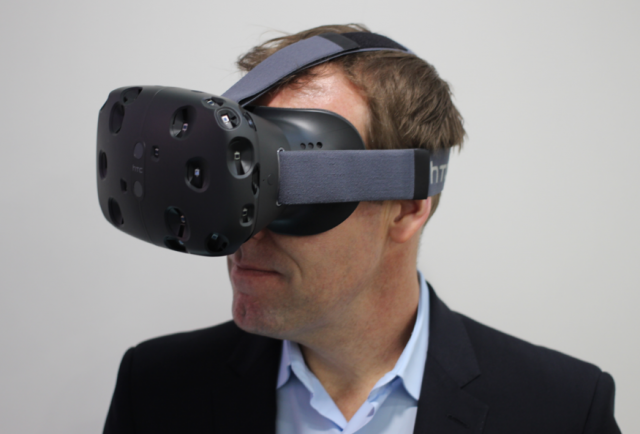 Virtual Reality has been one of the booming markets in today’s world of technology. A large number of companies have been actively investing in this technology and have been taking advantage of it for a very long time now. The companies have all been targeting the markets of the future, and they know that the world is progressing towards there. Major names such as Microsoft, Google, Samsung and Facebook have been investing in this technology, and the world of VR and AR have found several users such as in the fields of gaming, space exploration, medical technology, and much more. HTC has now become the latest name to enter into these markets with the HTC Vive.

It was expected that the HTC Vive would release sometime in the end of 2015, probably towards the Christmas season. However, in a major disappointment the HTC Vive has now been announced to release in April of 2016.               https://upload.wikimedia.org/wikipedia/commons/3/3b/HTC_Vive_(16).jpg

This news was announced on their official blog, “In an effort to clear up speculation and misinformation surrounding the launch of HTC Vive this month we are excited to give the community an update on the status of HTC Vive. We will be starting the new year by making an additional 7,000 units available to developers, followed by commercial availability in April 2016,” HTC said.

The HTC Vive was first showed off in the March of this year during the Mobile World Congress event. HTC has invested close to 10 Million USD in WEVR, a VR content development firm. The company has indeed been taking major steps forward, but the results will be visible in the days to follow.

With Virtual Reality booming at a rapid pace, HTC can’t afford to make any more delays, however, we’d still hope it is worth the wait. What are your expectations from the HTC Vive? Comment below and let us know: