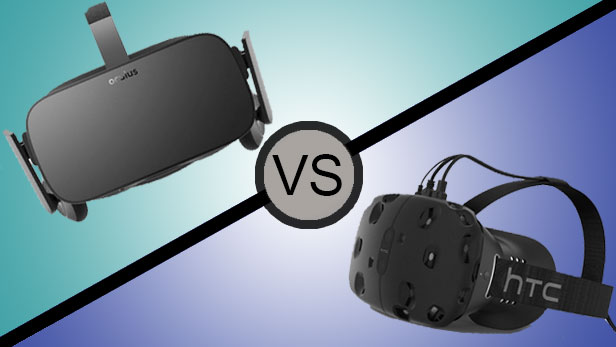 Even though the VR market boomed back in 2016, people were highly anticipating VR gadgets to drop for a couple of years before that. This is the reason why companies such as Oculus and HTC are thriving nowadays with their Rift and Vive headsets.

The previously mentioned VR headsets are certainly the most popular and impressive gadgets right now. With that in mind, today we will pin these two against each other in a battle of features and see which one has the upper hand.

Considering the fact that both Oculus Rift and HTC Vive are headsets, their design is quite important in this comparison. Rift features a sleek design that’s been purposely made to look futuristic.

Moreover, Rift also ships with built-in audio while Vive requires third party headphones and it features a more simplistic design. Therefore, Rift takes the cake when it comes to design.

There are many VR headsets that feature sleek looking design, but there’s a reason why they pale in comparison with Rift and Vive. Both Oculus and HTC made sure to equip their headsets with high-end specs which makes them quite tough to differentiate. However, there are a couple hardware differences between these headsets and we will go over them right now.

First off, HTC’s headset ships with a laser positioning sensor technology and doesn’t use magnetometer while Oculus Rift does. Moreover, both headsets are bundled with a gyroscope and an accelerometer.

The biggest downsides to VR headsets is that they require high-end PCs in order to function. However, Oculus Rift has been optimized so that it integrates perfectly with even more affordable PCs, unlike HTC Vive which only works on premium PCs that feature powerful specs. Last but not least, we need mention the fact that Oculus Rift is significantly cheaper right now. Therefore, Oculus Rift has the upper hand in this brief comparison.