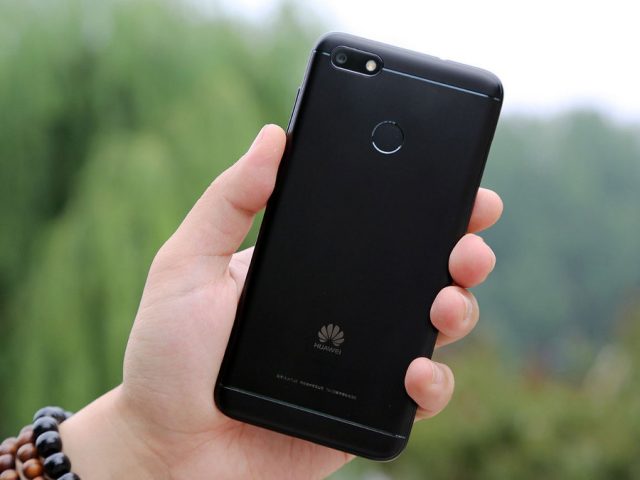 Smartphone leaks usually consist of a couple of pictures and maybe a hint or two about upcoming features. Fortunately, this is not the case for this latest Huawei leak which reveals everything there is to know about the upcoming smartphone starting with the operating system that it runs on and ending with the official launch date and price.

This latest leak shows us Huawei’s not-yet unveiled Enjoy 8E in all its glory. The best thing about the leak is that it also contains valuable information such as the smartphone’s entire specs sheet and launch date. With that being said, the smartphone will be available for purchase starting March 30th and it will cost 1099 Yuan which converts to $173.

The smartphone is equipped with a large display which gives it a distinguishing look. The most interesting thing about this design is that it doesn’t feature a front-place fingerprint scanner because Huawei decided to move it on the back side. Talking about Enjoy 8E’s back side, we need to mention that its equipped with a 13MP + 2MP dual-camera setup.

Moving on from the design, the most important information that came from this leak is the smartphone’s full specs sheet. Therefore, Enjoy 8E will be fueled by one of Qualcomm’s Snapdragon 430 processor which will be paired with 3GB RAM and 32GB of internal storage space.

In addition, the smartphone will sport a large 5.7-inches screen that features a high pixel resolution of 1440 x 720. To make things even better, the smartphone will be powered by a rather big 3,000 mAh battery which is said to run for days on end. Lastly, Huawei’s upcoming smartphone will run on Google’s latest Android 8.0 Oreo right straight from the box.