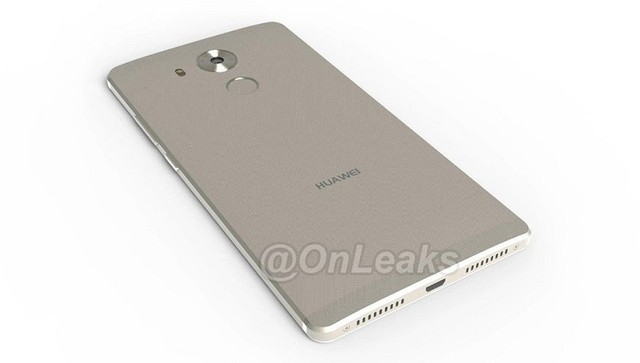 There is only a week until we will see the Huawei Mate 8, the new flagship of the Chinese company. This means that we already begin to see a little excitement around it, in the online environment, where new images with the device already began to appear. We have a handy new image of the back of a Huawei Mate 8, which provides some pretty interesting details about what Huawei will bring at the end of 2015.

The new Mate 8, phablet seems to be entirely made of aluminum (although there are rumors suggesting it could be a plastic back, and only the frame to be made out of metal). The texture on the back may suggest special treatment of the material, which make it more sticky, similar to what we saw on the Samsung Galaxy A models. At the bottom of the device we can observe both speaker and microphone grilles, joined by a micro-USB port. Huawei did not make the transition to the new standard USB Type-C yet, probably preparing it for another model which will come in 2016. At the top we can observe a flash camera and what appears to be a system of self focusing laser and circular fingerprint sensor similar to the one used on the Nexus 6P, a model also developed by Huawei.

Technical specifications rumors include a 6″ Full HD resolution AMOLED screen, the new chipset HiSilion Kirin 950, options of 3 and 4 GB RAM depending on the storage drive (32 or 64 GB), camera of 16 megapixels and a 4,100 mAh battery. Huawei has scheduled the event to launch this phone in China on November 26. But certainly, this device will remain exclusive to Huawei’s country of origin.